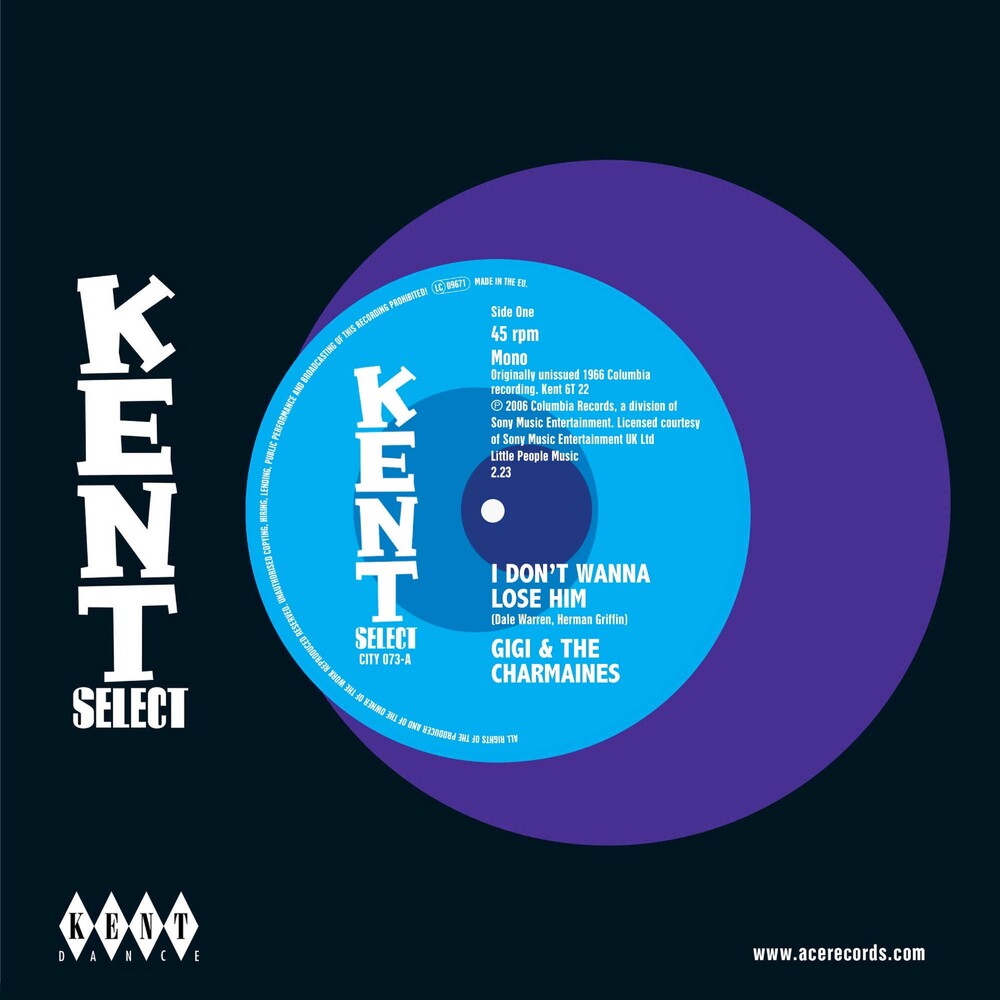 These two contrasting unissued late 60s soul sides were first made available on Ace CDs. Gigi & the Charmaines' 'I Don't Wanna Lose Him' was written by Dale Warren and Gigi's husband, Herman Griffin. Herman was responsible for many Detroit soul classics and Dale Warren made his name arranging and writing at Shrine Records. A stomping yet subtle dance number that captures the energy of 1966, it's only vinyl presence was on the 100 Club Anniversary 45 of 2006, now a much-coveted item. Walter Jackson's 'Forget The Girl' is taken at a more sedate pace, but is no less dynamic, with a full Chicago orchestra backing Walter's luxuriant vocal on a Clint Ballard ballad, another stunning recording.