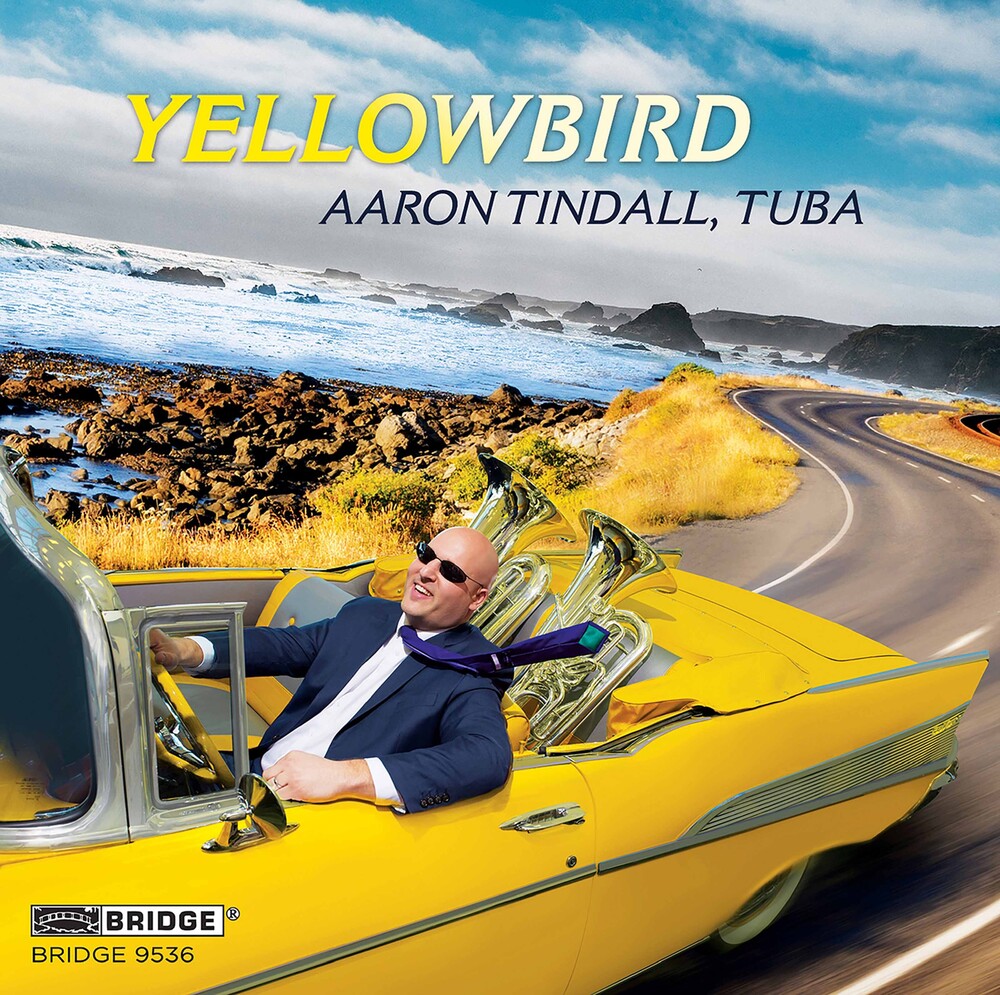 Yellowbird features the sensational tuba virtuoso Aaron Tindall in an album that defies categorization. Tindall's latest recording includes jazz pianist (Grammy-nominated Shelly Berg) on the ballad, "The Peacocks"; Claude Bolling's "Suite for Cello & Jazz Trio" in Tindall's breathtaking transcription for tuba; and a swinging rock band accompaniment to Fred Tackett's "Yellowbird". Prepare to be entertained and astonished! With his solo playing described as being "remarkable for both it's solid power and it's delicacy" and his orchestral playing praised as "a rock-solid foundation," Aaron Tindall is the associate professor of tuba and euphonium at the Frost School of Music located at the University of Miami, and the principal tubist of the Sarasota Orchestra. In the summers he teaches at the Eastern Music Festival in Greensboro, NC, where he also serves as Principal Tuba with the EMF Festival Orchestra under the direction of Gerard Schwarz.
back to top