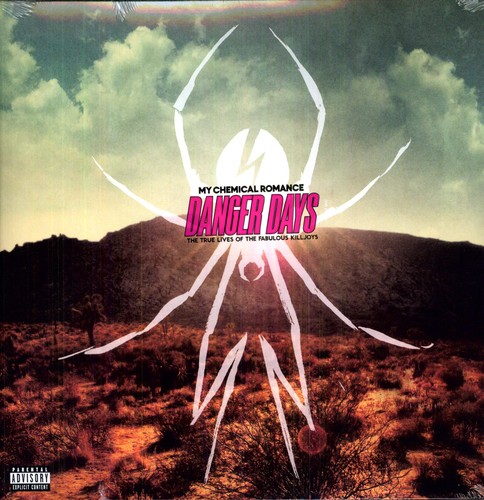 Danger Days: The True Lives of the Fabulous Killjoys is the fourth and final studio album by American alternative rock band My Chemical Romance. Like it's predecessor, The Black Parade, the album was produced by Rob Cavallo. It was released by Warner Music and Reprise Records on November 22, 2010. The final edition of the album and it's music videos are set in a fictional post-apocalyptic California in the year 2019 (resembling the film Blade Runner), in which a few outsiders dubbed 'Killjoys' are engaged in conflict with a nefarious corporation that seemingly controls the population. The 4 Killjoys are Party Poison, Fun Ghoul, Jet Star, and Kobra Kid.
This website uses cookies to personalize content and analyse traffic in order to offer you a better experience.
I accept Learn More
back to top