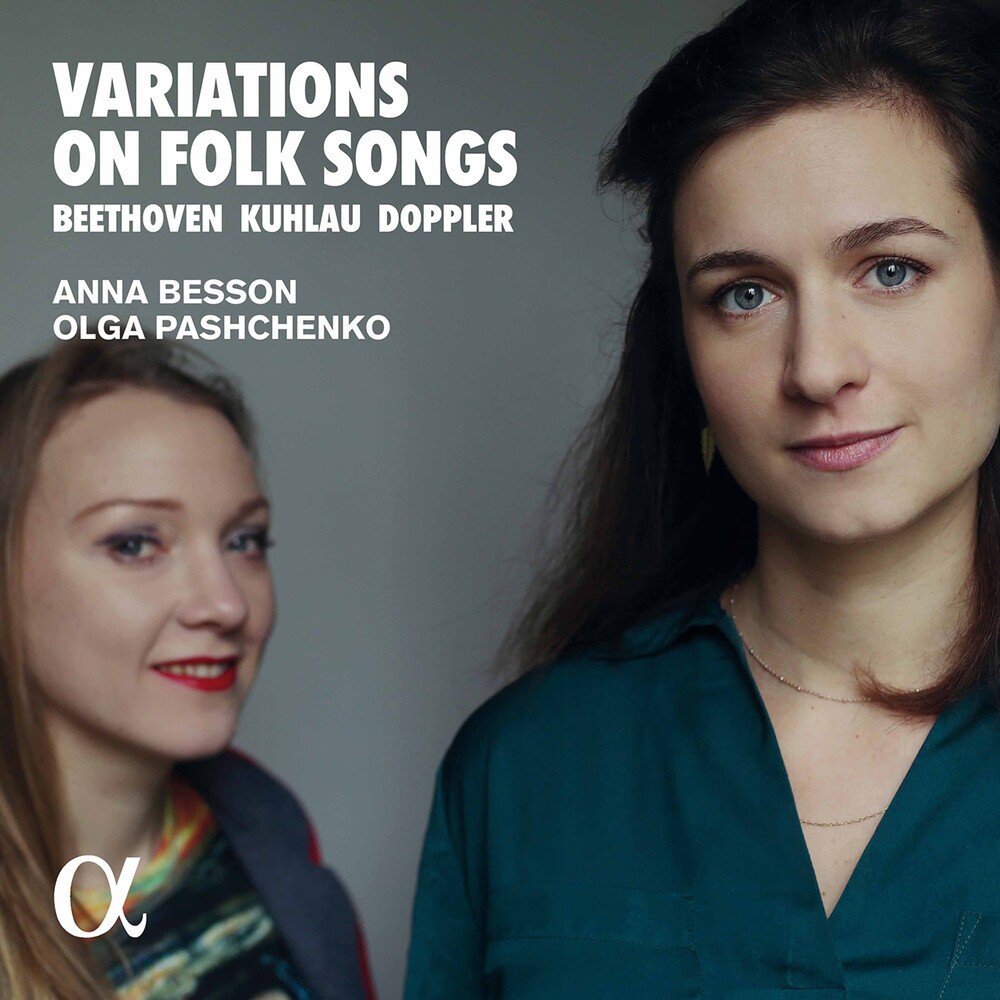 Anna Besson is a flautist with a passion for traditional music, who has already made an album of Irish folk music, The Dubhlinn Gardens (ALPHA447). For this new recording, she teams up with the Russian fortepianist Olga Pashchenko, an eminent specialist of Beethoven's music, to which she has already devoted three albums on Alpha. Together they explore his interest in the popular melodies and the various folklores that make up the mosaic of European music by performing four of his ten 'National Airs' op. 107 and two 'themes with variations' from op. 105, which will take the listener from one end of the Old Continent to the other, from Scotland to Russia via Austria. The selection of works by Romantic composers that completes the programme shows how they shared the interest in folk material pioneered by Beethoven and his teacher Haydn- Swedish tunes for Kuhlau, Hungarian for Doppler, Auvergnese for Walckiers.