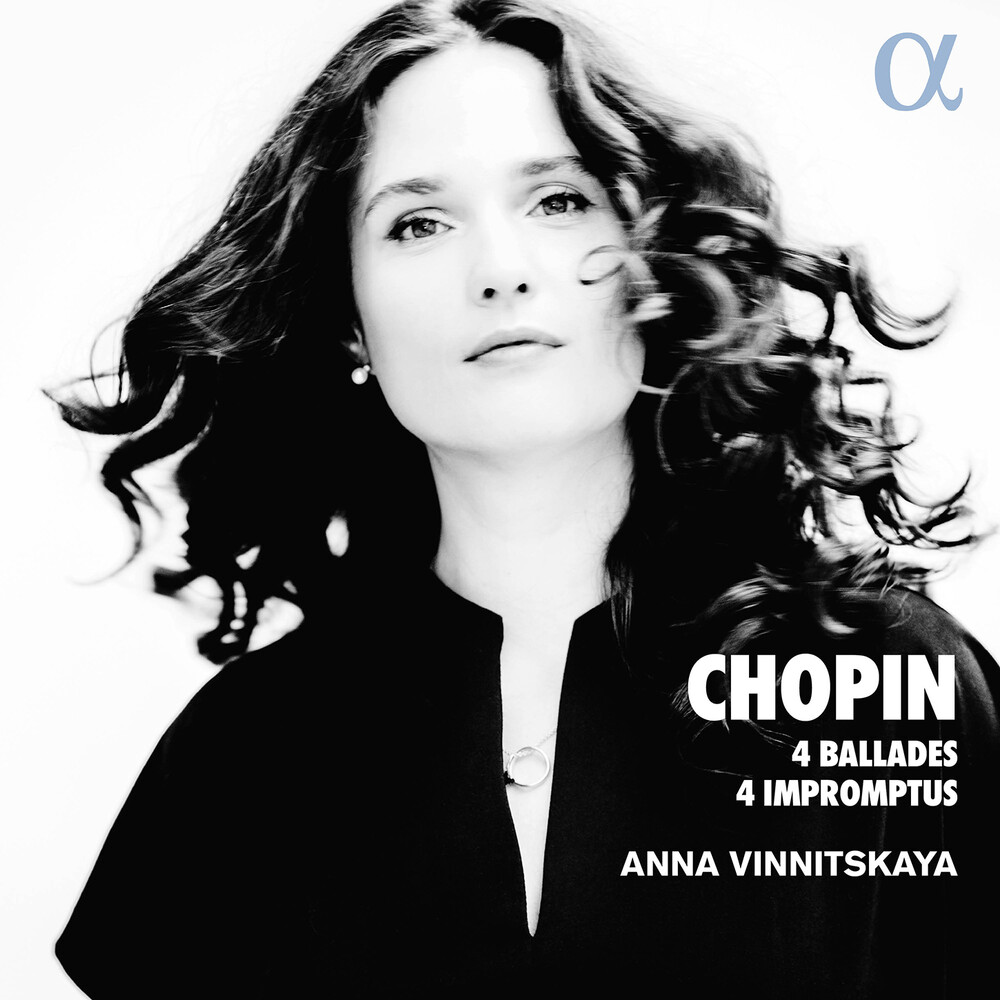 The pianist Anna Vinnitskaya has built up an impressive discography since her victory at the Queen Elisabeth Competition in 2007: Bach, Brahms, Ravel, and of course the Russian composers with whom she has been familiar since her childhood in Novorossiysk, then her studies with Evgeni Koroliov. She has now made her first Chopin recording, coupling the four Ballades, a cross between the miniature and the sonata, with the four Impromptus he composed at different periods of his life, between 1835 and 1842. Anna Vinnitskaya was born in the Russian city of Novorossijsk. She was a student of Sergei Ossipienko in Rostov and Evgenyi Koroliov at the Hamburg conservatoire. Since 2009 she has been a professor there herself - that is, when she is not touring the stages of the wide musical world.