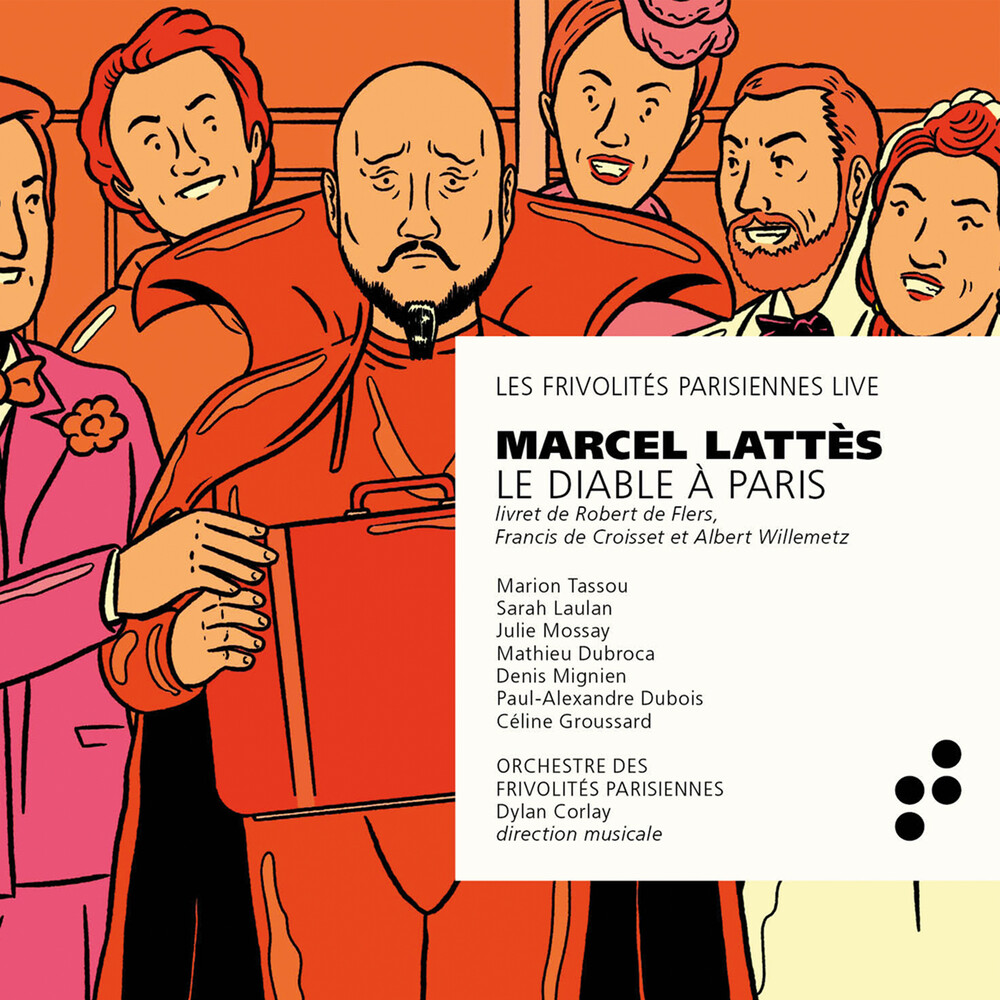 Human wickedness has exceeded that of the Devil himself! It is this dark observation which is at the root of all the spice and comedy in the operetta Le Diable Ă  Paris (The Devil in Paris). Premiering in 1927, it was unearthed by Les FrivolitĂ©s Parisiennes ensemble, which has partnered with B Records fruitfully to make an album recording of a frolicsome version of this unusual work at the crossroads of art music and jazz. In 2012, musicians Benjamin El Arbi and Mathieu Franot formed "Les FrivolitĂ©s Parisiennes" opera company. It promotes the French light opera repertoire of the Nineteenth and Twentieth Centuries, which combines singing, drama and dance, from comic-opera to music-hall. Formed with a chamber orchestra, Les FrivolitĂ©s Parisiennes regularly calls on singers, conductors, directors and specialised musicologists. Every season, Les FrivolitĂ©s Parisiennes produces premieres and original recreations, makes recordings, trains young singers in the performance of the repertoire and undertakes educational activities for the young. Les FrivolitĂ©s Parisiennes company is associate artist of the Singer-Polignac Foundationand resident at the CompiĂ¨gne Imperial Theater.
back to top