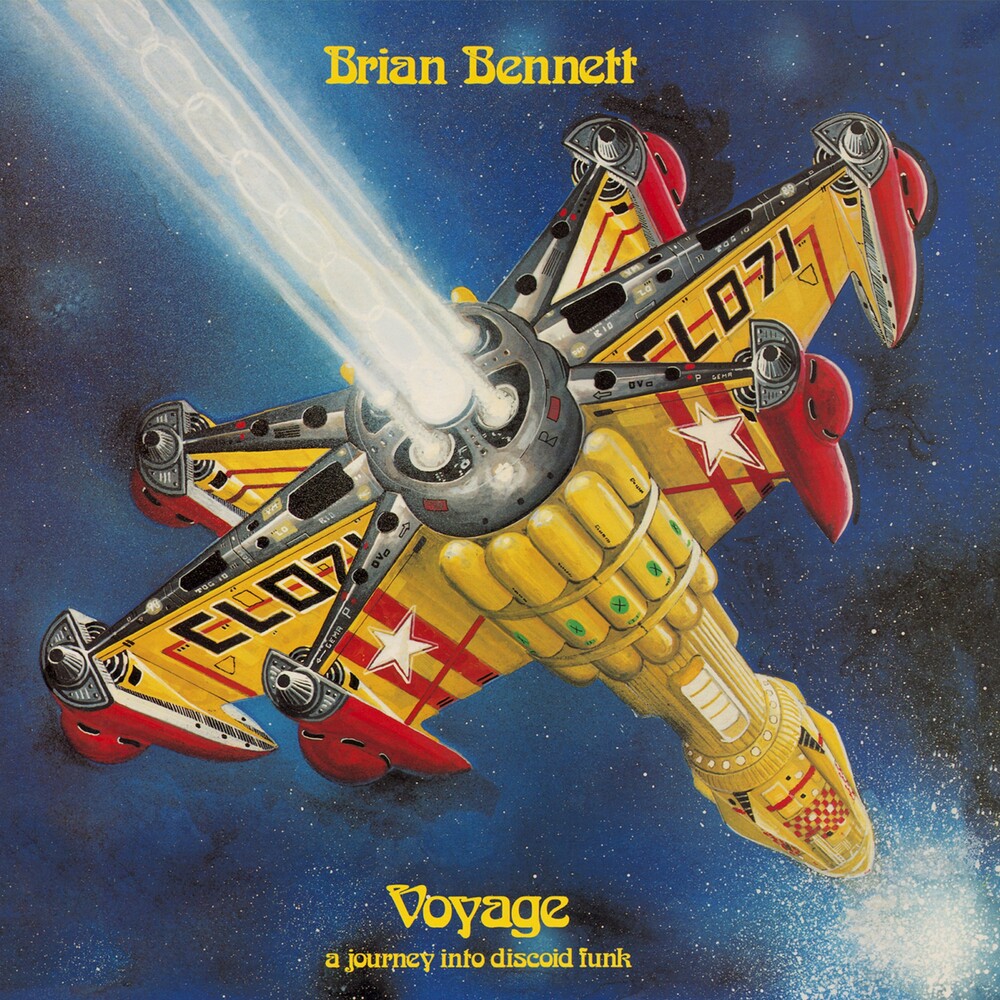 Ever since joining The Shadows in 1961, London-born drummer and percussionist Brian Bennett has been an institution on the UK's music scene. After leaving The Shads, he embarked on a fascinating solo career carving a unique role as a arranger, conductor and record producer, composer for film and TV. In 1978, inspired by the Disco boom, and particularly the space age Disco records emanating from the continent, Brian recorded what he described as "A Journey Into Discoid Funk". Housed in a striking, colourful sleeve depicting - appropriately enough - a spaceship, VOYAGE was a departure for Bennett, serving up infectious, cosmic disco/jazz/funk with a nod towards his earlier, funky library work. Fast forward to the noughties, when DJs, crate diggers and hip-hop artists are busy sampling old funk and disco records, a new generation discovered VOYAGE. These new fans of the LP had no knowledge of Brian's past pedigree: they just heard funky breaks and beats, ensuring original copies of VOYAGE are now valuable. Released with Brian's blessing and overseen by his musician/composer son Warren, this 2-CD edition of VOYAGE boasts the addition of previously unissued working mixes of the album, plus the rare 7" edits from the single 'Pendulum Force'. Key track 'Solstice' has been sampled by around 60 different artists, including Kanye West, Nas, Madlib. Other tracks from the album to have been sampled include 'Ocean Glide' and 'Chain Reaction'.