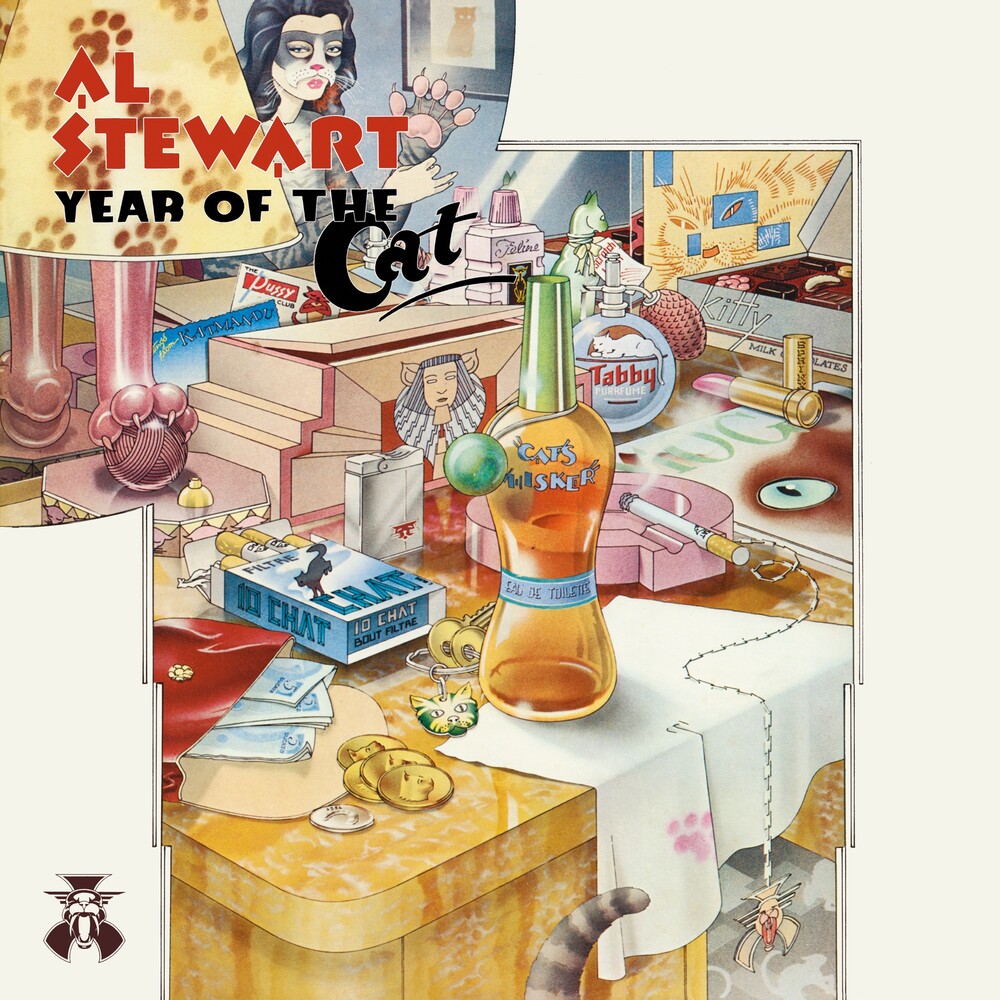 Esoteric Recordings is proud to announce the release of a new re-mastered and expanded 2 CD edition of YEAR OF THE CAT, the legendary 1976 album by AL STEWART. Recorded in the early months of 1976 at Abbey Road studios (with some sessions and mixing taking place at Davlen Studios in Los Angeles), YEAR OF THE CAT was the seventh album by Stewart and was the second album on which he collaborated with the celebrated producer ALAN PARSONS. The record was an album of immense musical inventiveness and creativity and was a triumph both in terms of Al Stewart's song writing and the stunning and sophisticated production by Alan Parsons. Featuring such classic songs as 'On the Border', 'Lord Grenville', 'Midas Shadow', 'If It Doesn't Come Naturally, Leave It', 'One Stage Before' and the classic title track. YEAR OF THE CAT was a major commercial and critical success on it's release, reaching the US Billboard Top Five and was a European hit, eventually earning platinum disc status in the USA by March 1977. The single "Year of the Cat" was also a Top Ten hit in the States and was a Top 40 hit single in the UK, establishing Al Stewart as a major artist. This 2 disc edition of this special album has been newly re-mastered for the very first time from the original first-generation master tapes by ALAN PARSONS and also includes nine live tracks recorded at the Paramount Theater, Seattle in October 1976 on the YEAR OF THE CAT tour and a new mix of the track 'Belsize Blues', recorded at Abbey Road Studios in September 1975. This release also features an illustrated booklet with a new essay featuring an interview with Al Stewart and is a fitting tribute to a much treasured and legendary masterpiece by a consummate song writer and performer.