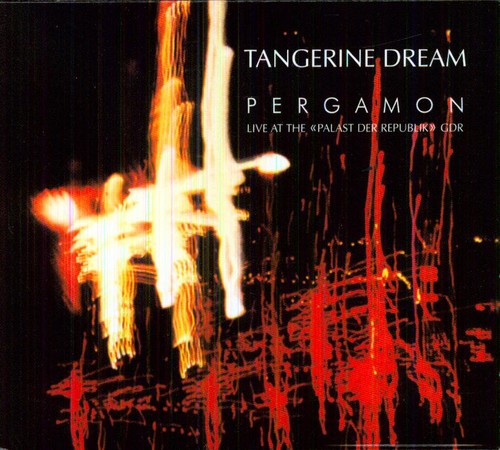 Esoteric Recordings are pleased to announce the re-press of Tangerine Dream's classic live album "Pergamon". Recorded in January 1980 at the Palast der Republik, East Berlin, the album was originally released in East Germany in 1981 under the title "Quichotte". The documented performance was one of the first by a western band in East Germany and earned Tangerine Dream many new fans in Eastern Europe. Featuring a line-up of Edgar Froese, Chris Franke and newly recruited member Johannes Schmoelling, the album was later released outside of East Germany under the title "Pergamon" (after the impressive museum in East Berlin). This Esoteric Reactive edition features the original album artwork and includes a lavishly illustrated booklet and essay.