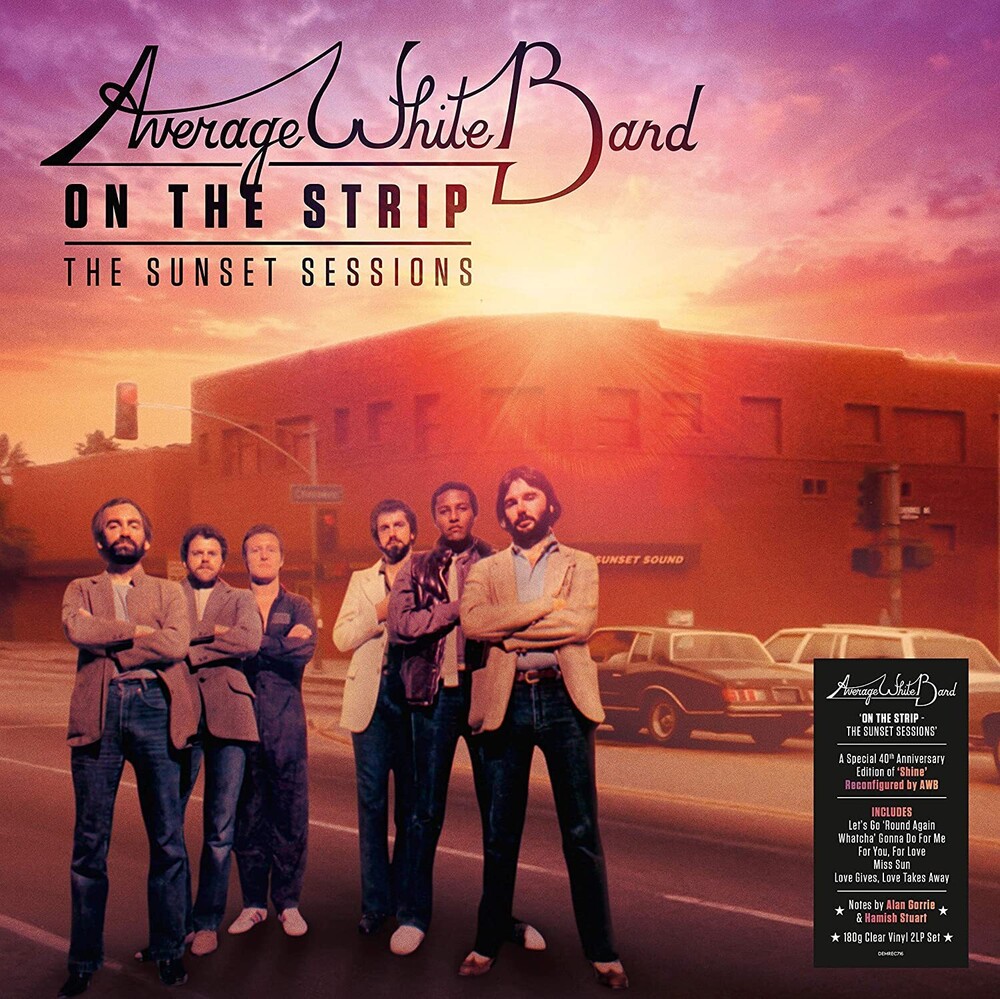 Double vinyl LP pressing. Widely and rightly regarded as one of the best ever soul and funk bands, the now legendary Average White band tore-up the rule book and conquered the US, UK and international charts with a series of soul and disco hits between 1974 and 1980. To celebrate the 40th anniversary of Shine, AWB (past and present) have reconfigured the album as they had originally intended, bringing in the four tracks that they had to 'leave' behind when they changed record labels. In addition, two further tracks were unable to be included on the album and remained unreleased until this century. On The Strip - The Sunset Sessions Is what Shine could have been; a longer 2LP set, heralding in the new decade. The album includes the singles 'Let's Go 'Round Again' and 'For You, For Love', as well as 'Whatcha' Gonna Do For Me', which later become synonymous with Chaka Khan, who recorded it the following year, having sung on an early-take for AWB, when they were recording the album. 'Miss Sun' makes it's long-awaited inclusion on the album for which it had been recorded until fate dealt another hand, with permission being withheld then appearing as the lead track on Boz Scaggs' Hits. Shine was a success, reaching #14 in the UK albums chart in 1980 and included the worldwide chart and club hit 'Let's Go 'Round Again' but it wasn't the album that it should have been. 40 years on, Average White band still Shine brightly and remain highly influential for today's groove-merchants and EDM DJs but more importantly now release their album as they wanted.
back to top