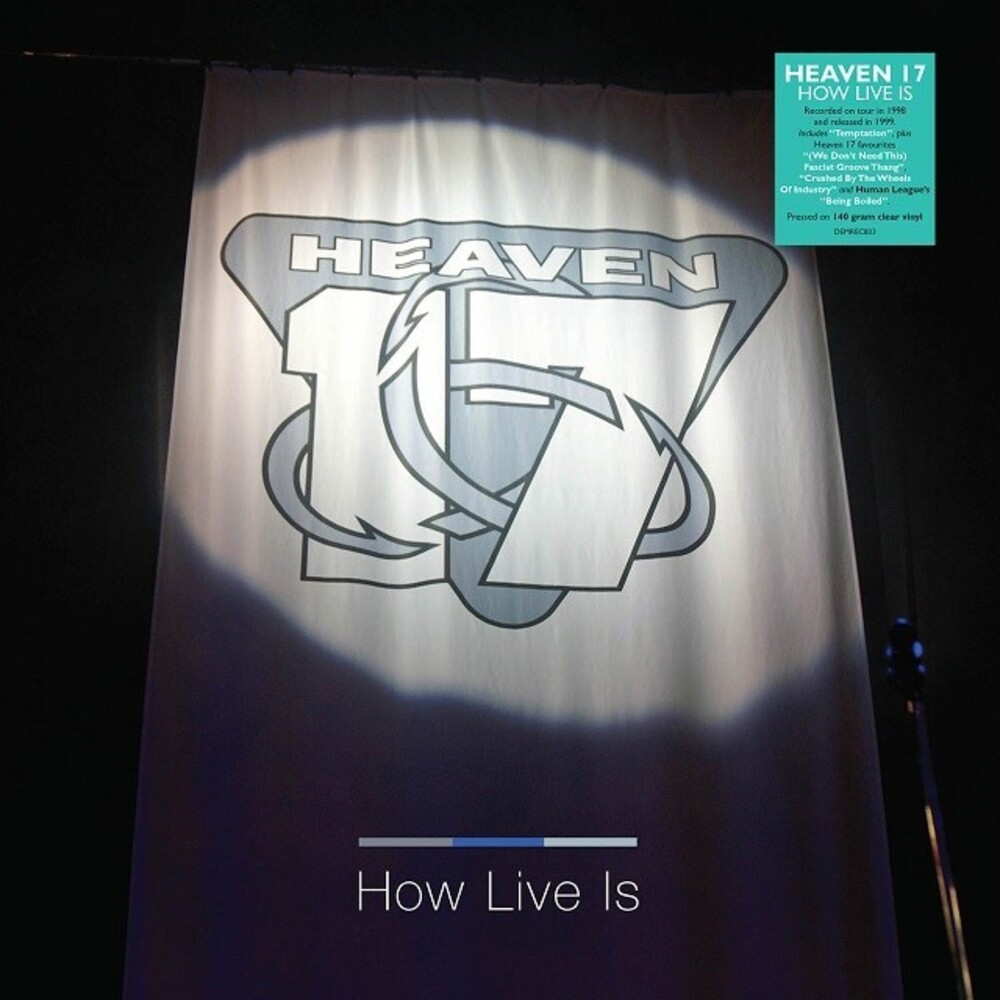 Limited clear vinyl LP pressing. In 1988, after their fifth album for the Virgin label, Martyn Ware, Ian Craig Marsh and Glenn Gregory decided to rest Heaven 17. In 1996, after various British Electric Foundation and individual projects, the ensemble re-grouped to record Bigger Than America. In 1998, Heaven 17 decided to play live for the first time, and a concert was recorded and released in 1999 as How Live Is. Aside from a blistering version of "Temptation", the album also features H17 faves "(We Don't Need This) Fascist Groove Thang", "Crushed By The Wheels Of Industry" and Human League's "Being Boiled".