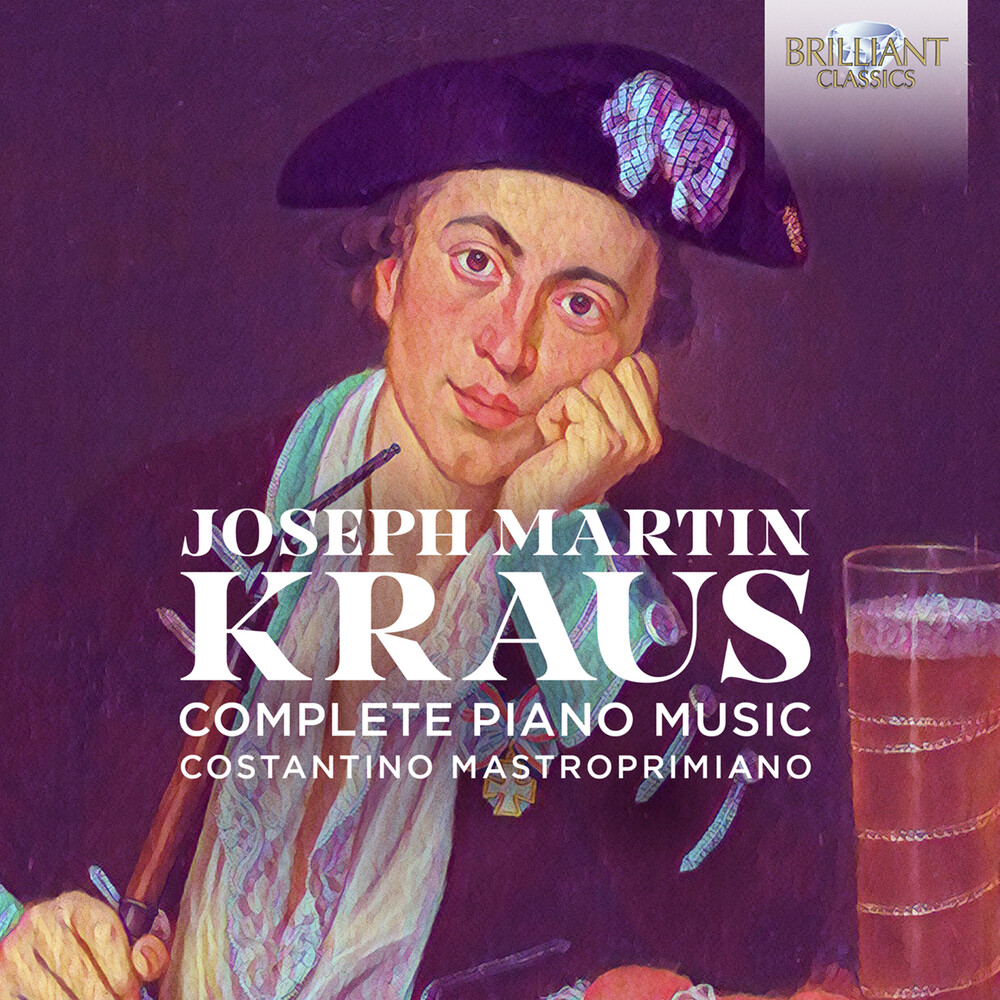 Joseph Martin Kraus, regarded in his lifetime (1756-1792) as one of the world's six most formidable composers, has like many other contemporaries since languished in the historical shadow of Mozart. Kraus was hailed by none other than Joseph Haydn as Mozart's equal in terms of creativity and genius but had a career more like Haydn's and was more of a polymath. Born in central Germany, he studied composition in Mannheim, Mainz, Erfurt and Göttingen. In 1778 he decided on a career in music and emigrated to Sweden, where he became Vice-Kapellmeister at the court of Gustav III in 1781 and Kapellmeister in Stockholm in 1788. Trained as a violinist (who, like Mozart, preferred the viola), he nonetheless was a talented pianist. Francisco de Miranda, a nobleman on a grand tour in 1787, described Kraus playing the fortepiano 'like an angel'. Sadly, the composer left relatively few works for the keyboard. This disc provides a thorough exploration of these works, from the satirical to the sublime, the expansive to the perfunctory, with the real tours de force being the two fortepiano sonatas, both issued in 1788 by Swedish publisher Olof Ålström. Though limited in number, these works for solo keyboard (almost certainly composed for the fortepiano) represent the variety and originality that are among Kraus's musical trademarks. The two sonatas in particular challenge the technical limits of the instrument, requiring both dexterity and interpretive ability and often foreshadowing the piano music of thirty years hence in content and scope.