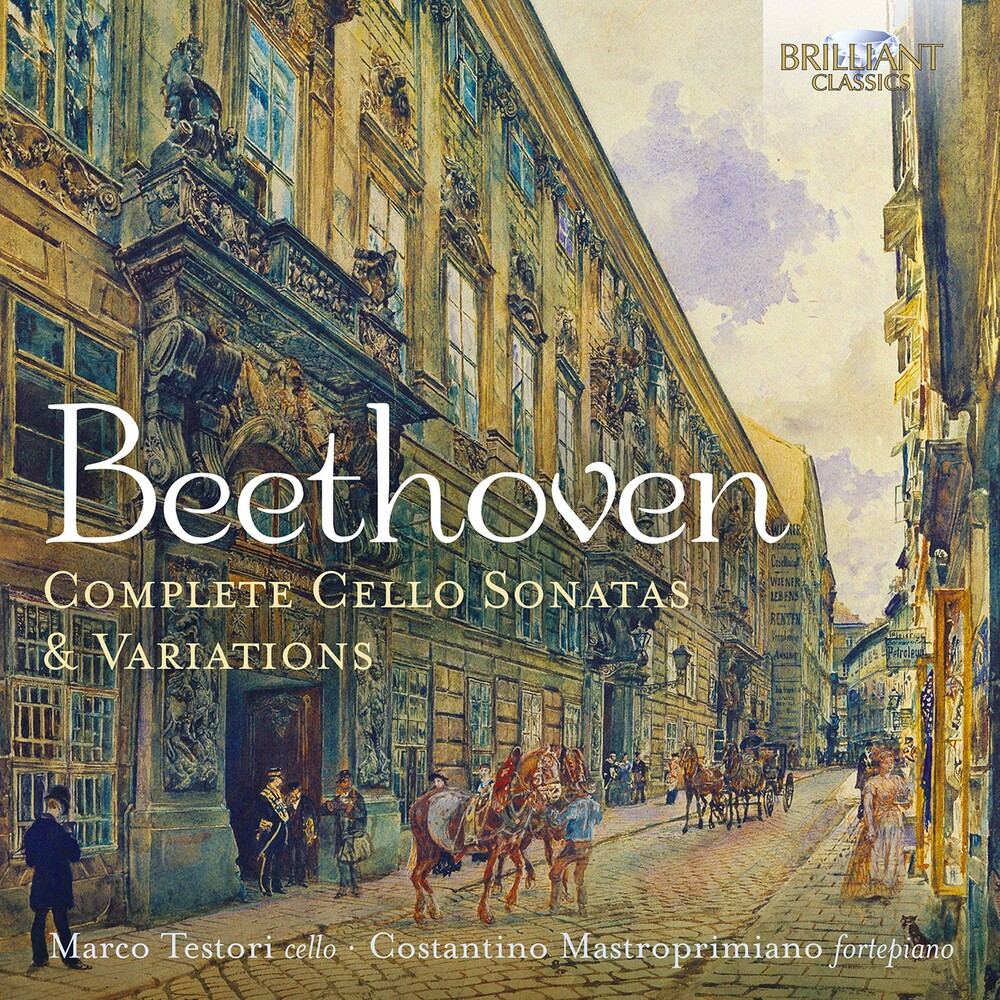 Beethoven wrote sympathetically for the cello throughout his career, from the ardent, lyrical voice of the Op.1 piano trios onwards, and he rarely subjugated the instrument to it's basso continuo role still prevalent in the works of Mozart and Haydn. He never contemplated a cello concerto, but his five sonatas, plus sets of crowd-pleasing variations on popular themes by Handel and Mozart, have attracted the great cellists of every era. However, the record catalogue boasts comparatively few period-instrument accounts, made according to the performing principles and bowing of Beethoven's day, and so this new Brilliant Classics set promises a new and refreshing perspective on some perennially audacious masterpieces. The Op.5 Sonatas are intended to astound as well as to innovate. For the first time in the history of the cello repertoire, both instruments were invested with equal importance. The piano writing is scarcely less bold and quick-thinking, requiring both musicians to turn on a sixpence from soloist to accompanist and back again, emulating the more equal dialogue of a string quartet. Formal novelty is also in evidence, in the expanded slow introductions and then in the four-movement structures of Op.69 and Op.102 No.1. In every way the last sonatas belong to Beethoven's late period: posing questions to listeners as well as performers with every bar, transcending the limits of the instruments to sing and shout, contemplate and argue. The partnership of Mario Testori and Costantino Mastroprimiano is an experienced one, with a well-received Brilliant Classics album (95023) of late-Classical sonatas by Hummel, Moscheles and Ries to it's credit. The pianist also contributes an enlightening booklet essay to this valuable contribution to the Beethoven anniversary year.