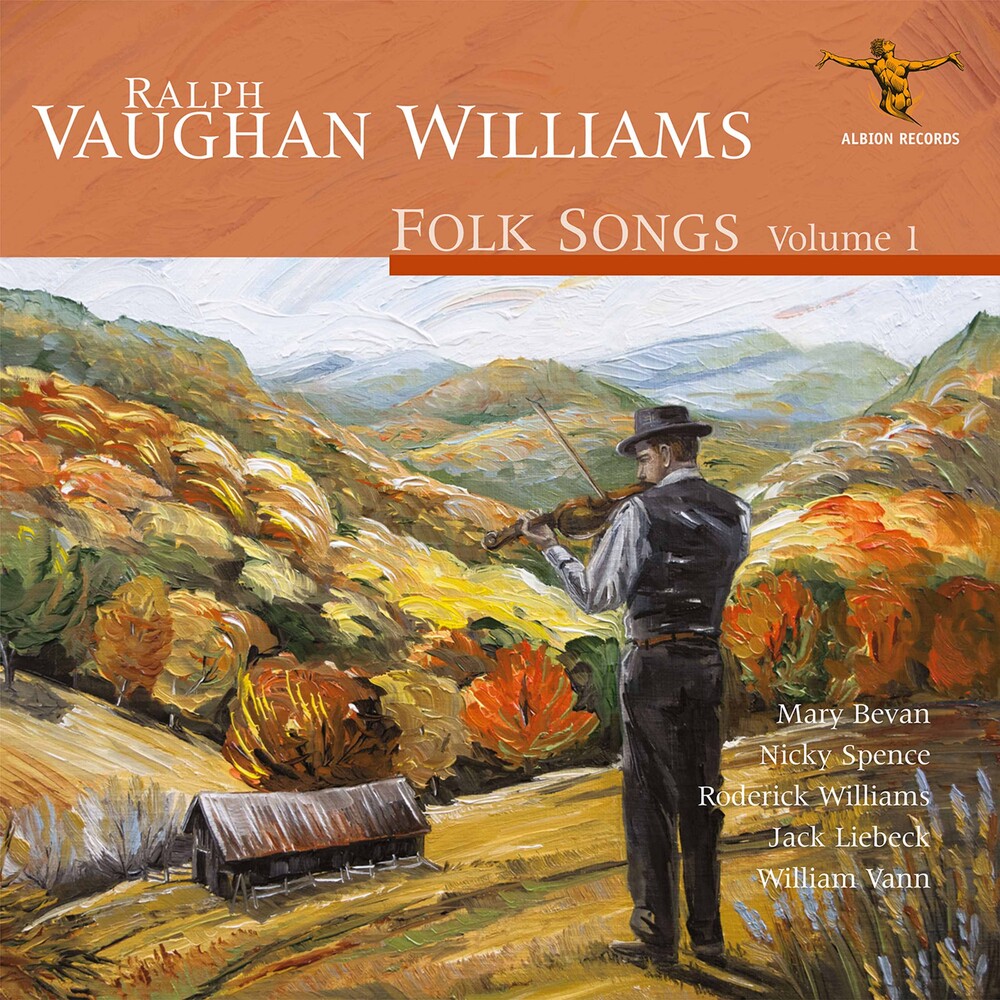 This is the first in a series of four albums recording all 80 of the folk songs in English that Ralph Vaughan Williams arranged for voice and piano or violin. 57 of the 80 songs have not previously been recorded in these arrangements, so there is a good deal of unknown - but very beautiful - music to be found here. This first album has 23 tracks including 15 world premières. It includes Folk Songs from Sussex (1912) and Six English Folk Songs (1935). Later volumes will include songs collected in the Eastern Counties (1908), the Appalachian Mountains (about 1938) and from Newfoundland (1946). Vaughan Williams is well known as a collector of folk songs, but his own collection by no means predominates in this series; most of the arrangements were made and published as a collaborative effort, drawn from many sources. The 14 songs from Sussex on this album were all collected by Percy Merrick from Henry Hills, a farmer from Lodsworth, Sussex, around 1900. Some will be well-known in other arrangements; others will be unfamiliar.