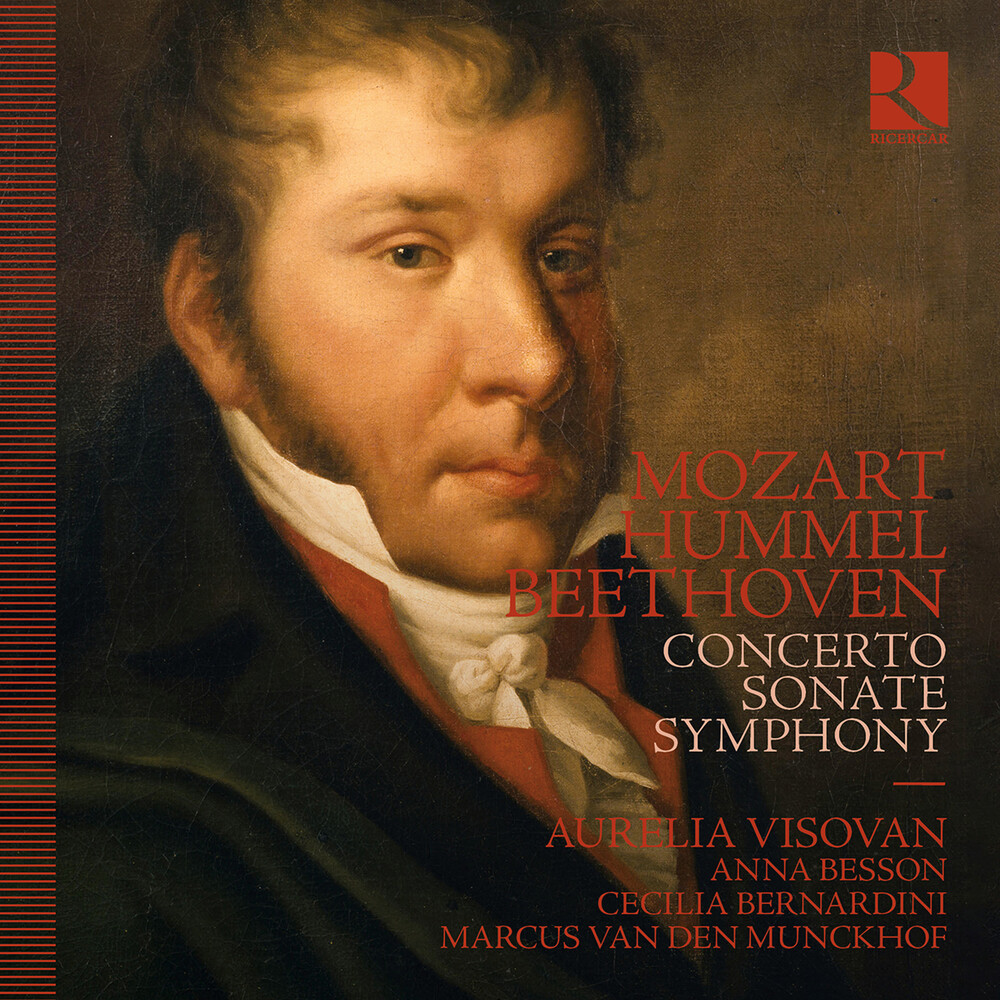 A pupil of Mozart, Johann Nepomuk Hummel was one of the most admired pianists of his era. His career began in Vienna at the time when Beethoven had just moved there. Like the latter, he belonged to that generation of composers whose output may be categorized somewhere between Classicism an burgeoning Romanticism. In addition to an extensive catalogue of original compositions, including piano works of high quality, Hummel also made numerous arrangements for chamber forces of orchestral compositions. Among these were the piano concertos of his teacher Mozart and the symphonies of his friend Beethoven, all of which he transcribed for piano, flute, violin and cello. The Romanian pianist Aurelia Visovan offers this particularly original programme for her album as winner of the 2019 Bruges MA Festival Competition.