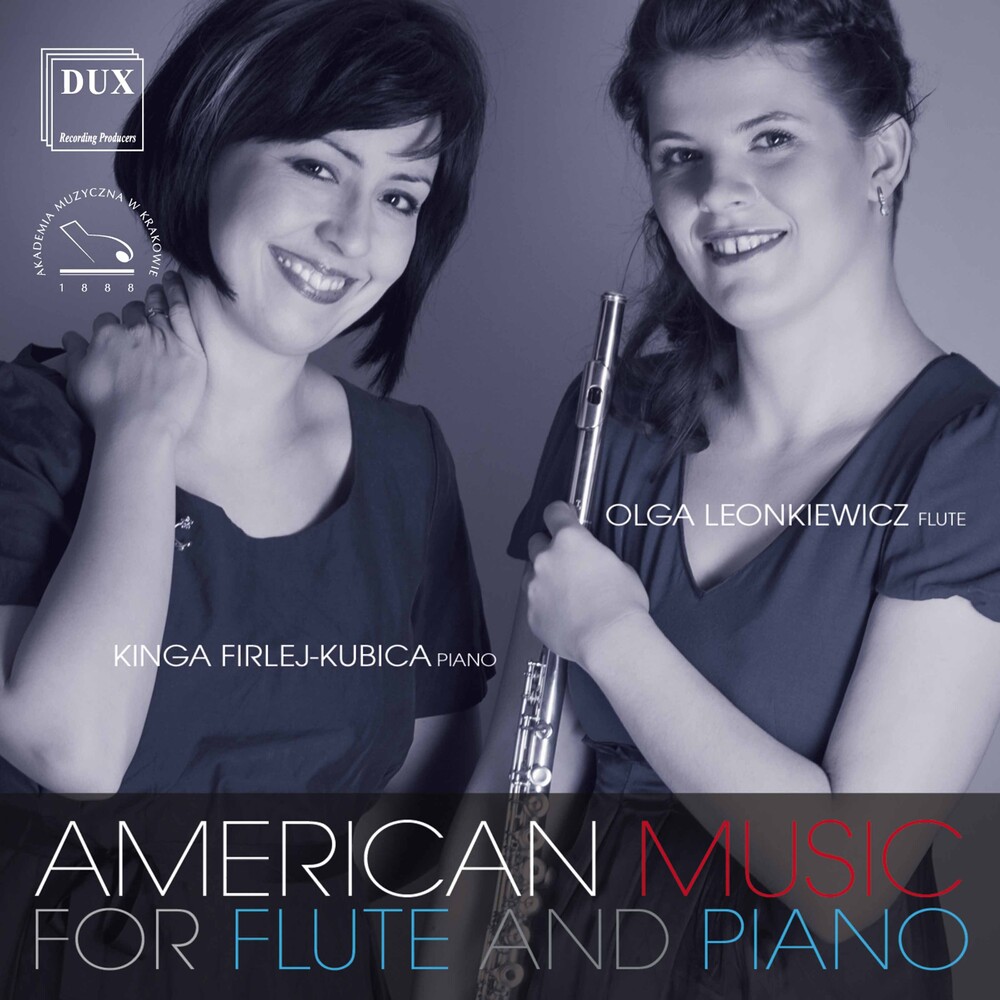 The present album by Olga Leonkiewicz and Kinga Firlej-Kubica encompasses one of the best showcases of flute music created in the United States. The Sonata for flute and piano by Muczynski was composed in 1961. The piece is a typical nod to neoclassical aesthetics and is largely characterized by a humorous and idyllic element. The work of Griffes, represented here by the piece Poem, initially strongly referred to the German neoromantic tradition. In the middle period, the artist leaned more towards impressionist aesthetics, to find absolute stylistic autonomy in the last period of his work. Burton's artistic output is not significantly extensive, but his Sonatina for flute and piano quite quickly became popular and found it's permanent place in the canonical flute repertoire. Liebermann is considered one of the most outstanding living American artists.