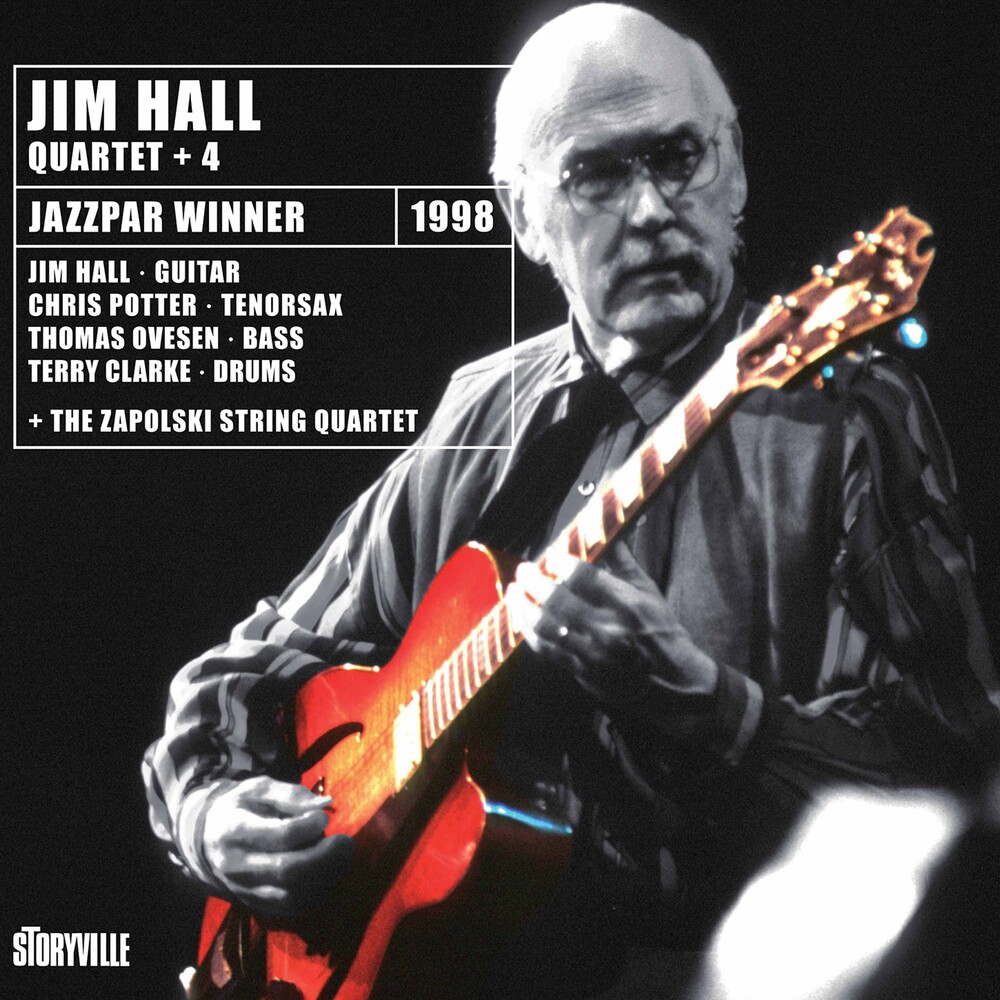 The history of the JAZZPAR AWARDS constitutes a significant development in the recognition of jazz by international arbiters of taste. Set up by the Danish Jazz Center and sponsored by Skandinavisk Tobakskompagni, it was the first award in the jazz field to offer an international nominee not only the exposure of a concert series, but the donation of a statuette and a significant cash prize. Between 1990 and 2004, the award was made to several American performers but also, reflecting the history of the music itself, to six Europeans. Each annual winner was required to perform in a situation of their own choosing, but one which would involve several local players, as seen in the present series of reissues. When the late guitarist and composer Jim Hall emerged triumphant in 1998, it was not because of any conscious awareness of the pendulum effect but because his name evoked the most unanimous praise, out of the dozens of artists who had come up for discussion. Already at that point, his career had covered more than 40 years and evoked past associations with people such as Chico Hamilton, Jimmy Giuffre, Sonny Rollins and Art Farmer. What these great artists (and many more) found in Hall was a player of great sensitivity and intelligence, to whom the idea of co-operation was second nature but whose approach was completely individual. Personality is obviously the key factor, and Jim's can perhaps be described as confident but self-effacing. Musically, that translated into a style which was both cogent and laconic - which makes a lot of sense but not a lot of noise - and it's this combination that lends itself to taking on board others' ideas and complementing rather than contradicting them.