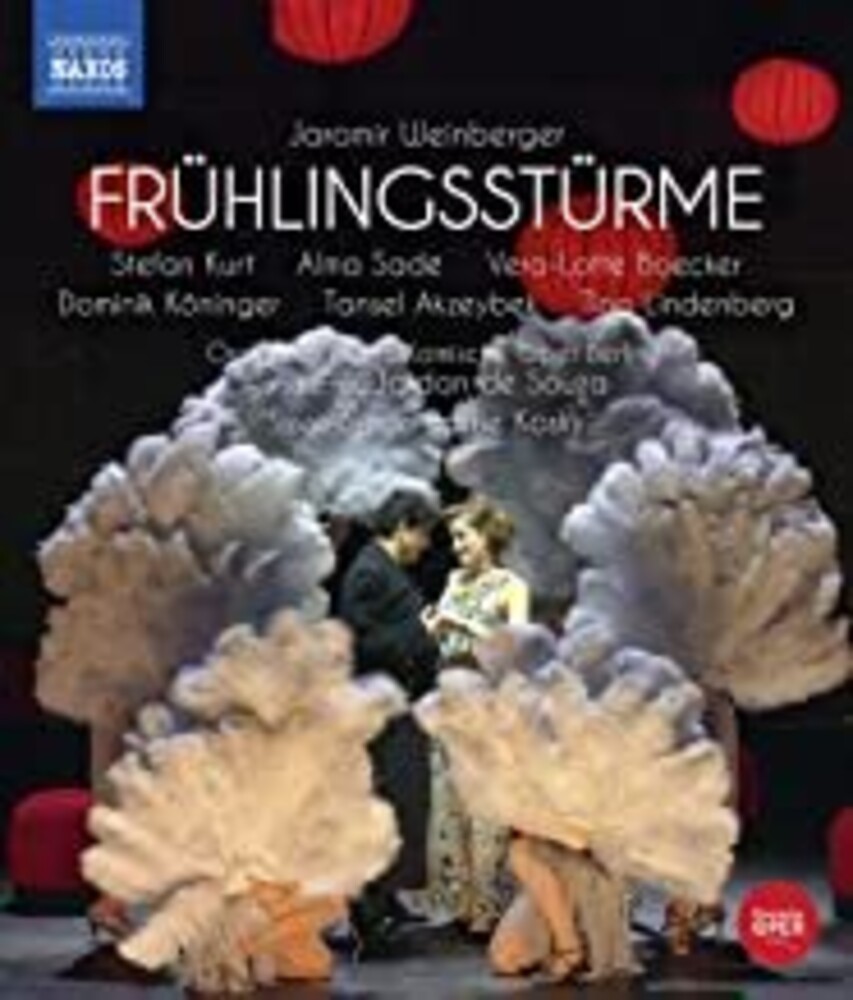 Czech-born composer JaromĂ­r Weinberger, best known for his opera Schwanda the Bagpiper, was forced to flee to America in order to escape Nazi terror. FrĂĽhlingsstĂĽrme, staged in 1933 but soon closed down by the Nazi government, was the last operetta of the Weimar Republic. It is filled with cultural complexity, combining serious operatic style with light comedy, and presents a thrilling story involving a doomed love affair set against war between Japan and Russia. This lavish production is staged by the award-winning Australian director Barrie Kosky.