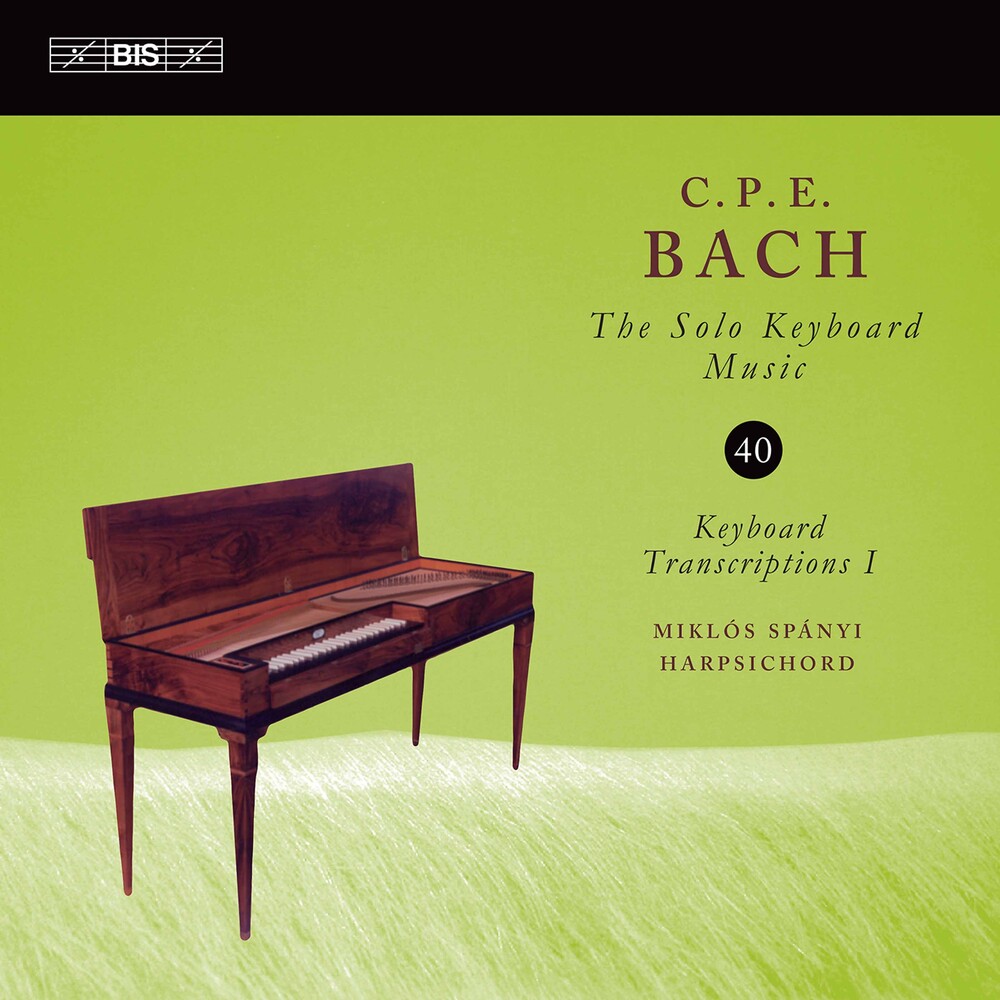 This album features solo keyboard arrangements of works by Carl Philipp Emanuel Bach originally scored for other instruments. In the second half of the eighteenth century the demand for keyboard music increased rapidly, as musical skills became a social requisite for young ladies of the upper classes. To provide compositions for these new keyboard players was financially profitable, but Bach also had another reason for welcoming arrangements: the keyboard instruments were his favorite medium, and he devoted himself to making them into solo instruments as important as the violin and other melody instruments. The eighteen short pieces on this well-filled disc all exist in versions for various small groups of instruments or, in some cases, for mechanical instruments such as the barrel organ. Miklós Spányi has grouped them around three larger-scaled works, of which two are arrangements of symphonies while the Concerto in F major for solo keyboard may in fact be an original composition: a version for keyboard and orchestra exists, but is possibly a later development. In the case of several of the arrangements it is uncertain who made them - some of them only survive in the hand of one of Bach's admirers. In his liner notes to the disc, Spányi proposes that they could in fact be the original versions, however, as he sees a striking similarity to Bach's other, indisputably genuine small keyboard pieces.