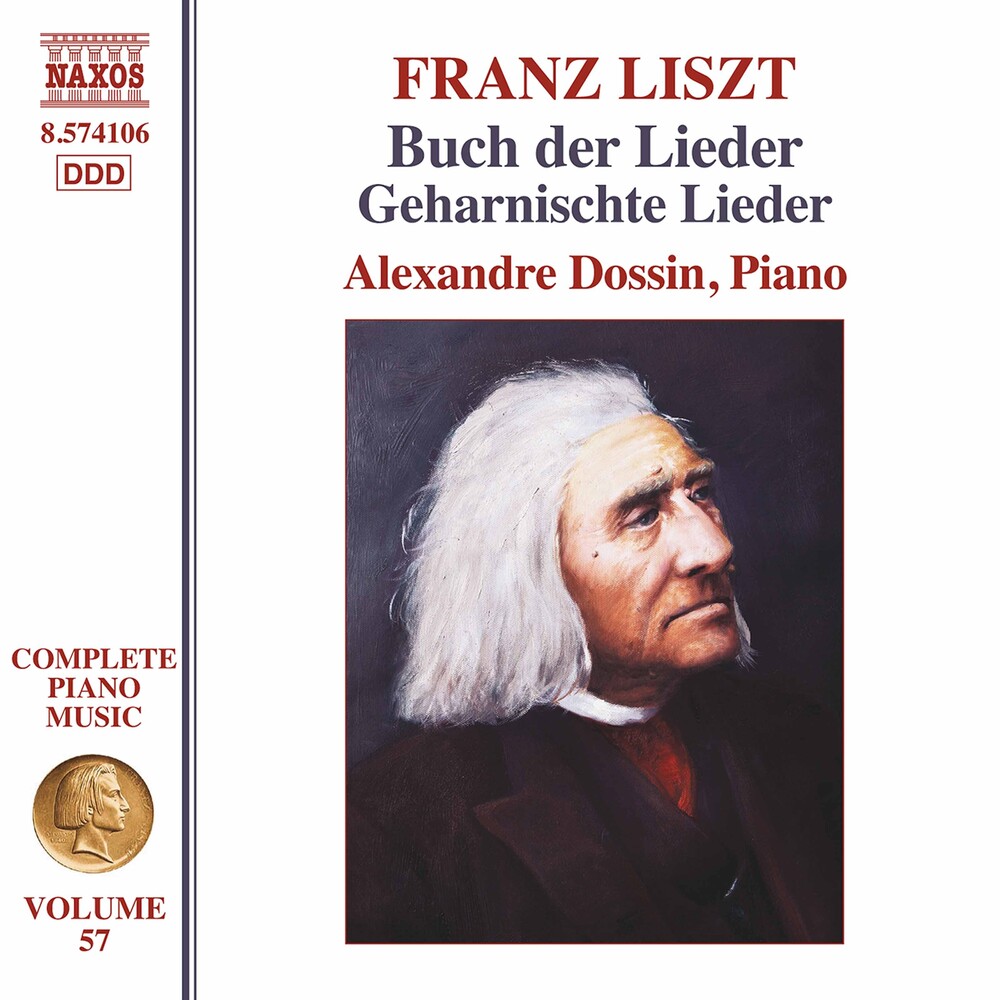 It was natural for virtuoso performer Franz Liszt to expand his repertoire by transcribing his songs for solo piano. The human voice is the purest of musical instruments, and composers have always been inspired by it's warmth, expression and emotional power. Liszt's masterful command of the piano and his ability to transform vocal lines into purely instrumental sounds is evident throughout this album: the dramatic narrative in both versions of Die Loreley, the watery, arpeggiated texture of Am Rhein i'm schĂ¶nen Strome and the orchestral qualities of Gastibelza being only a few examples of these pianistic treasures. Considered an 'extraordinary musician' by Martha Argerich, critically acclaimed Steinway Artist Alexandre Dossin enjoys active performing, recording and teaching careers. A prizewinner of several international piano competitions, Dossin received First Prize and the Special Prize at the 2003 Martha Argerich International Piano Competition in Buenos Aires. Other international awards include the Silver Medal and Second Honourable Mention at the Maria Callas Grand Prix, and Third Prize and the Special Prize at the 'W.A. Mozart' International Piano Competition, in addition to several awards from competitions in Brazil. An active recording artist, his discography comprises 15 albums released across several labels, including seven albums with Naxos.