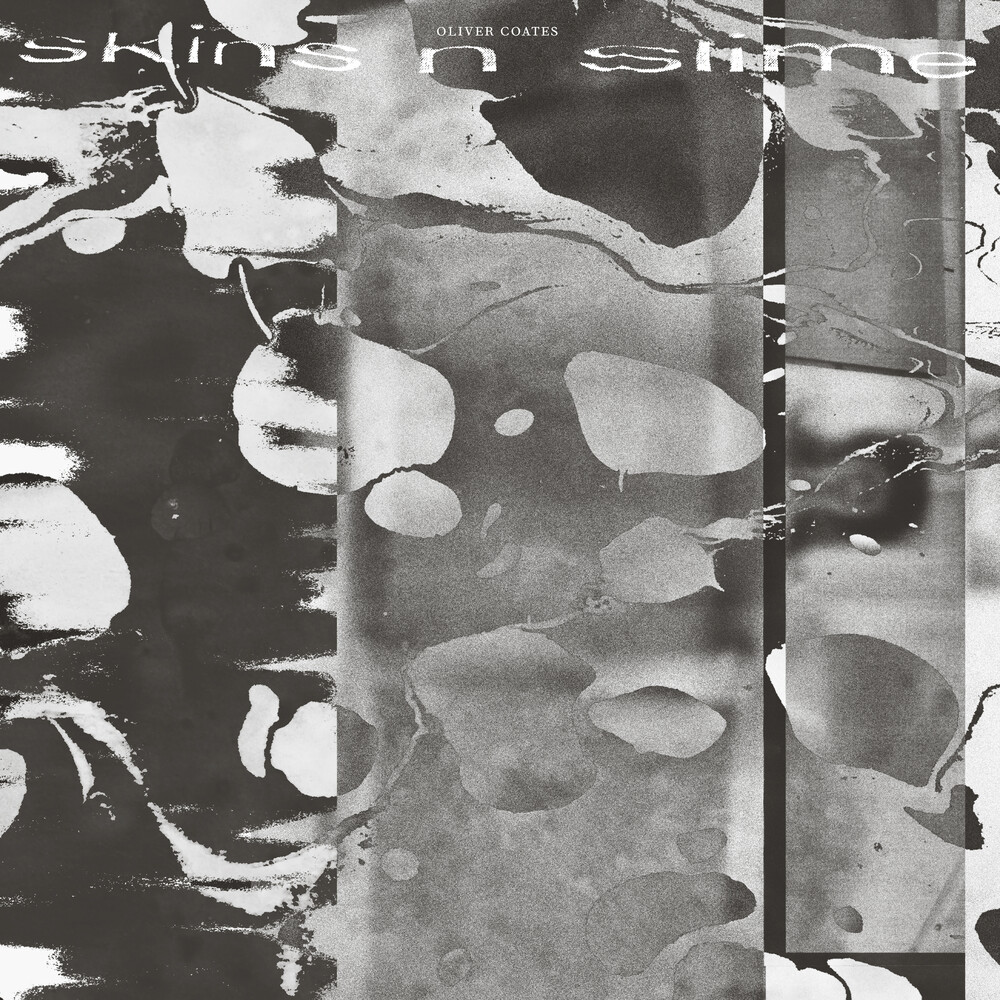 Oliver Coates' skins n slime is a caliginous anatomy concealed by a drone-metal membrane, feeding upon mechanized strand distortions and thriving amidst it's harmonic waste.In his follow-up album to 2018's Shelley's on Zenn-La, the British cellist and producer leads an impassioned performance of string through viscous, synthetic modulation, triggering a darker side of his compositional sensibilities. Shelley's experimental dance hybrids are substituted here for scorching color palettes and brutal, howling tones to embody the mess of uninhibited creativity.Amid the album's dust and debris, a call to let the light in evokes the cuts and voids of Gordon Matta-Clark. The polyphonic architecture of skins n slime is cavernous and bright, where melodic cinders have space to cascade between thick walls of noise, and sounds are left to settle in serendipitous ways. The album is also inspired by the musical numerology of Hanne Darboven and the compositions of unsung Dutch musician Enno Velthuys. The album was completed in Glasgow in December 2019. Embracing both suffering and joy for this heavy new sound, Coates incorporates a self-made method of creating cello "slime" throughout the album's live performances. This melting of rich layers seeps through a chain of two digital loopers, distortion and chorus, which modulate the cello's strings into a metallic sheen. Like structural pillars, the loopers' automation triggers and reverses musical phrases at predetermined moments, refreshing the audio buffer with unexpected gliding steps. The Caregiver parts 1-5 suite is a purge of invisible sacrifice and spirit encounters as experienced through a deep harmonic dissonance. "Caregiver part 2 (4am)" and "Caregiver part 5 (money)" are smeared with heavy distortion, caught in the aching, breathless growth spurts of crescendo. In his emotional outpouring, Coates mutates string into something overdriven and saturated, like past afflictions glowing hazily out of reach. skins n slime's iridescent contrast of light and dark continues through tender, individual moments of pure cello beside decaying drone. The plaintive strokes of "Philomela Mutation, " from the soundtrack of Marianna Simnett's short film The Bird Game, lead into the lucid string soliloquy of "Butoh baby" and the blistering "Reunification 2018." The latter is the notable storm of metal organum which Coates played to close his performances supporting an extensive international Thom Yorke tour. The melodic murmurs of "Still Life, " and the soaring planes of "Honey, " appear through shifting focus like the flare of burning embers. In the soothing final piece, "Soaring X, " Coates is accompanied once again by Malibu's spoken word and auto-tuned voice, her message holding up poetic transparencies of earthly origin against glittering, ethereal strings. Oliver Coates' skins n slime is available October 16, 2020 on LP and digital formats. On behalf of Oliver Coates, a portion of the proceeds from skins n slime will benefit Down's Syndrome Scotland.