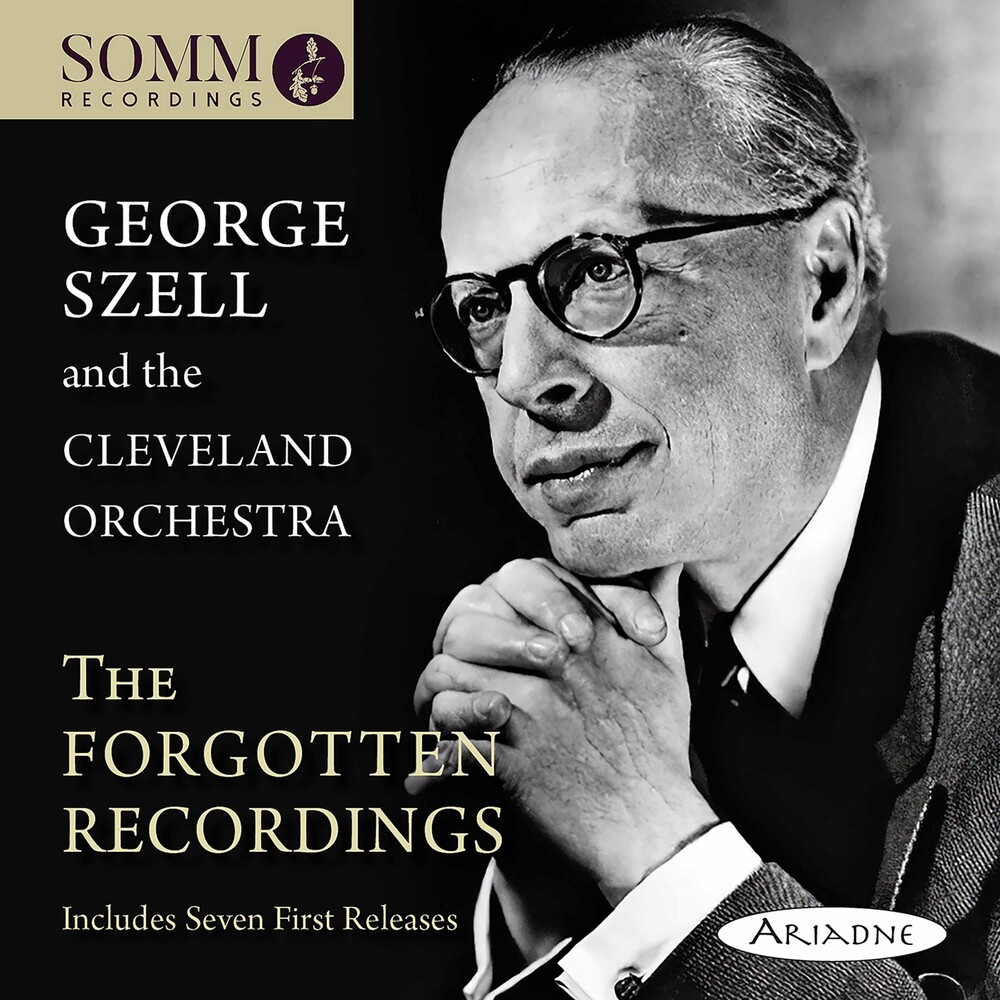 SOMM RECORDINGS announces the first release of never before available performances by one of the defining partnerships of modern American music in the specially priced two-album set George Szell and the Cleveland Orchestra: The Forgotten Recordings. Long considered one of America's "Big Five" orchestras, the Cleveland Orchestra entered it's second century in 2018 and earlier this year was hailed by The New York Times as "America's finest [orchestra] still". The Forgotten Recordings features eight historic performances made for the Book-of-the-Month Club in 1954 and 1955 - seven of which are first releases - that have been restored and remastered by the multi-award-winning audio restoration engineer Lani Spahr, who also provides extensive and informative booklet notes. Three works - Bach's Third Orchestral Suite (BWV 1068), a revealing engagement by Szell with a composer he is not usually associated with, Smetana's The Moldau and Strauss's Till Eulenspiegel (with an early spotlight on legendary horn player Myron Bloom) were recorded in mono in a remarkably productive session on Christmas Eve, 1954. From October 1955 in stereo recordings are two works by Brahms - his Haydn Variations and the Academic Festival Overture, two symphonies - Mozart's No. 39 and Schumann's Fourth - and a Stravinsky Firebird Suite that "crackles with energy". "Here", says Spahr, "we can appreciate that the orchestra was well on it's way to becoming, in Szell's words, 'this glorious instrument... that perfectly reflects my musical ideals'. "