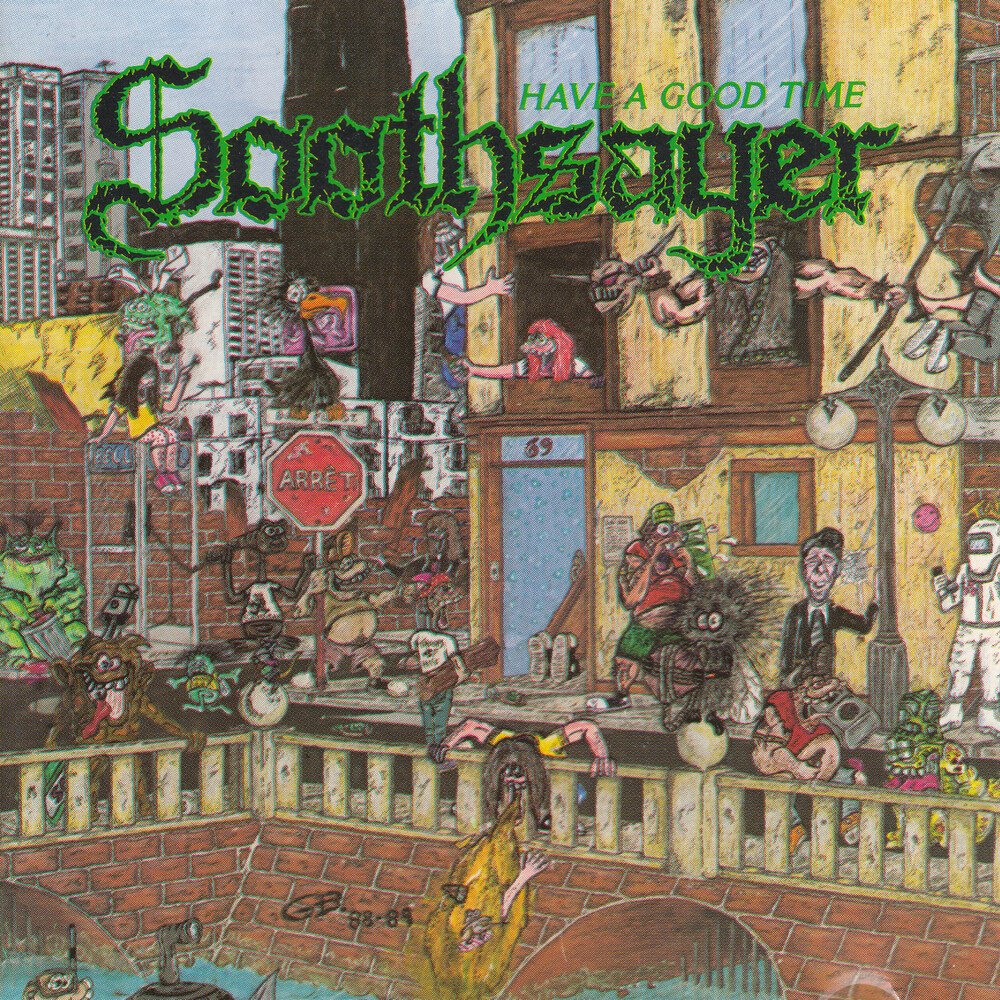 Have A Good Time
Artist: Soothsayer
Format: CD
New: Not in stock
Wish

Soothsayer from Quebec city is probably one of the most under rated band in the Quebec / Canadian Metal history. They took the scene by storm with their amazing debut demo (1986) "To be a real terrorist" (which turned a Cult phenomena worldwide!) followed by the band's proper debut album in 1989... The phenomenal crossover thrash classic "Have a good time" which is finally being re-issued by the band's label PRC MUSIC worldwide. Sharing the stage with bands such as Nuclear Assault, Sacrifice, DBC, and D.R.I. (to name but a few) made Soothsayer the powerhouse local band to look for in the late 80's early 90's. The band's dark humor and very original song crafting grew on metal heads all over the province and did establish the band as a pillar of the scene. Word of mouth and tape trading did the rest on the international level. 3000 units were made available in 2008 by New Renaissance before officially stopping it's activities. PRC is now re-issuing the album with a new vintage looking layout, never seen pics and a spectacular new mastering.