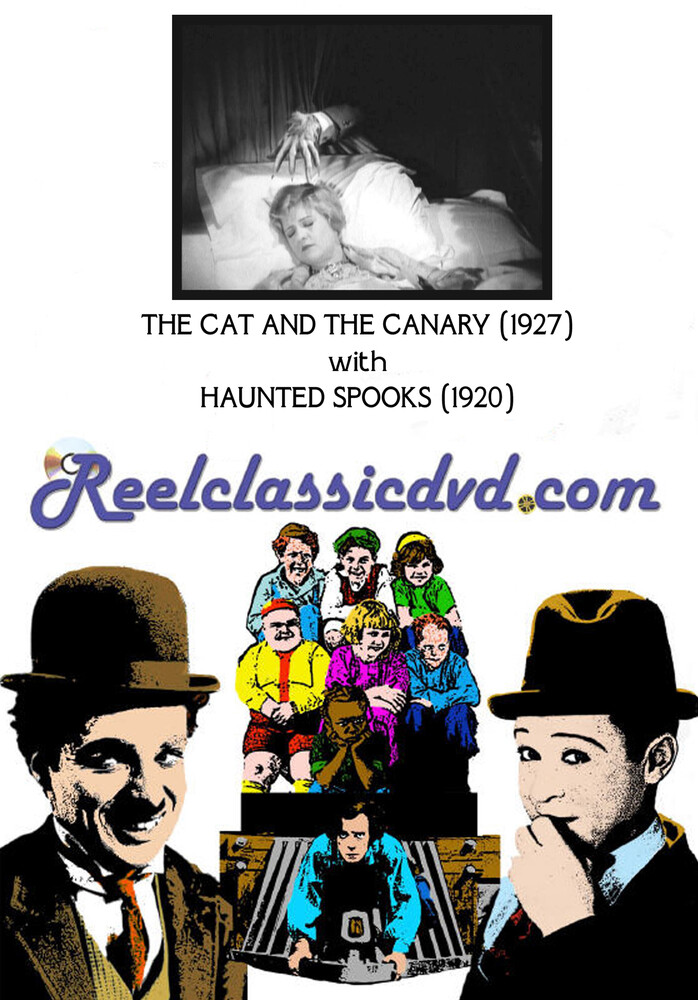 THE CAT AND THE CANARY starring Laura La Plante, Creighton Hale, Tully Marshall, Flora Finch, Martha Mattox, Lucien Littlefield and Arthur Edmund Carewe. Directed by Paul Leni. Twenty years after the death of wealthy Cyrus West, who was driven to the point of insanity by greedy relatives, his potential heirs gather for the reading of his will. A creepy old mansion, ghosts, a homicidal maniac, hidden treasure and murder! These classic ingredients and a stellar cast make this gem one of the landmarks (along with ?The Phantom of the Opera and ?the Man Who Laughs?) that established Universal Studios as filmdom's home of the macabre. With ?Dracula?, ?Frankenstein? and dozens more to follow, the legacy would continue for decades. Chills, shocks and thrills with a healthy dose of comedy! Music score composed and performed by Stuart Oderman. HAUNTED SPOOKS starring Harold Lloyd, Mildred Davis, Wallace Howe, William Gillespie and Ernest Morrison. Directed by Alf Goulding and Hal Roach. Yet more spooky fun as Mildred inherits an old mansion provided she and her husband reside in it for one year. The fact that she has no husband is only a minor hurdle as her lawyer quickly recruits a heartbroken and suicidal Harold for the job. Rumors of the mansion being haunted and the appearance of ghosts soon make it a rocky honeymoon for the newlyweds! It was during the production of this short that Harold almost lost his life in an explosion that nearly blinded him and ultimately cost him part of his right hand. Upon close observation, the special glove he used to disguise his missing fingers can be seen in some scenes, while his hand is uninjured in others.