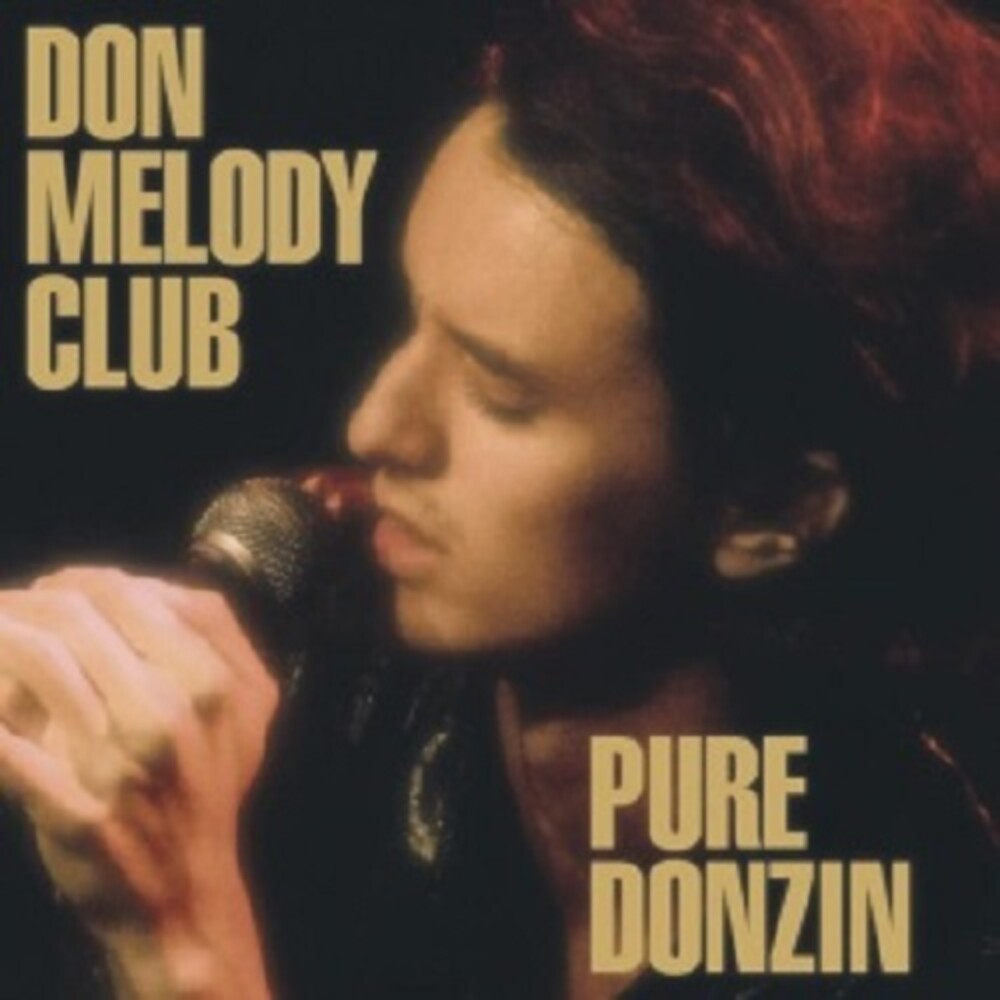 Pure Donzin is the debut solo offering by Amsterdam-based Donald "Donny" Madjid - also known for his involvement in The Mauskovic Dance Band. On a pandemic-induced break from his usually busy touring schedule, Donny, armed with a 60's drum machine and a few synths, made the most of his time off by experimenting with, and home-recording new sounds - resulting in a fully-fledged 9-track album under the artist monicker Don Melody Club. Whilst many of his local peers tend to turn to sounds further from home for inspiration, Madjid felt drawn to honor the literary and musical tradition of The Netherlands, following in the footsteps of classic and lesser-known Dutch troubadours such as Ramses Shaffy (a cover of 'Laat Me' features on the album) and Ronald Langestraat. Don drew inspiration from bard-like storytelling and for the first time started writing in his native tongue, craftily forging lyrics that his rich tenor voice delivers with a sincerity that translates regardless of whether or not you understand Dutch. This intimacy is balanced evenly with synth and drum machine grooves, recalling Dutch New Wave legends Doe Maar - merging earworm pop hooks and infectiously danceable beats to these otherwise pensive ballads. An ode to being immersed in the magic of the night in good company, an experience so lacking during the year in which the album was recorded, is the danceable Psychonauten. The track is a fine example of the glittering synthesis of infectious musical atmosphere and lyrically rich straightforwardness Donny has mastered on the album. The influence of The Mauskovic Dance Band, especially the bass driven, hypnotic groove - a signature sound Don guides in new directions - can be detected on Veranderd. Somewhat of an anthem, it is laced with tones of 70's West - African sounds, like fast percussive key arrangements and energetic backing vocals. An example of a more laid-back tune on the record is Isabel, a cool nostalgic love song, a soother for a sentimental occasion. Opening number Geen Nood (No Panic), lyrically nothing short of a 'sign of the times' track, paints a mindful setting of cycling past the Amsterdam canals, seeing the leaves in the water, and feeling your blood flow peacefully through your veins - letting go of the need to be anywhere other than where you are. Be it through meditative observances, or hypnotic dance grooves, Pure Donzin is a record that tempts the listener to become just that: immersed in the moment.
back to top