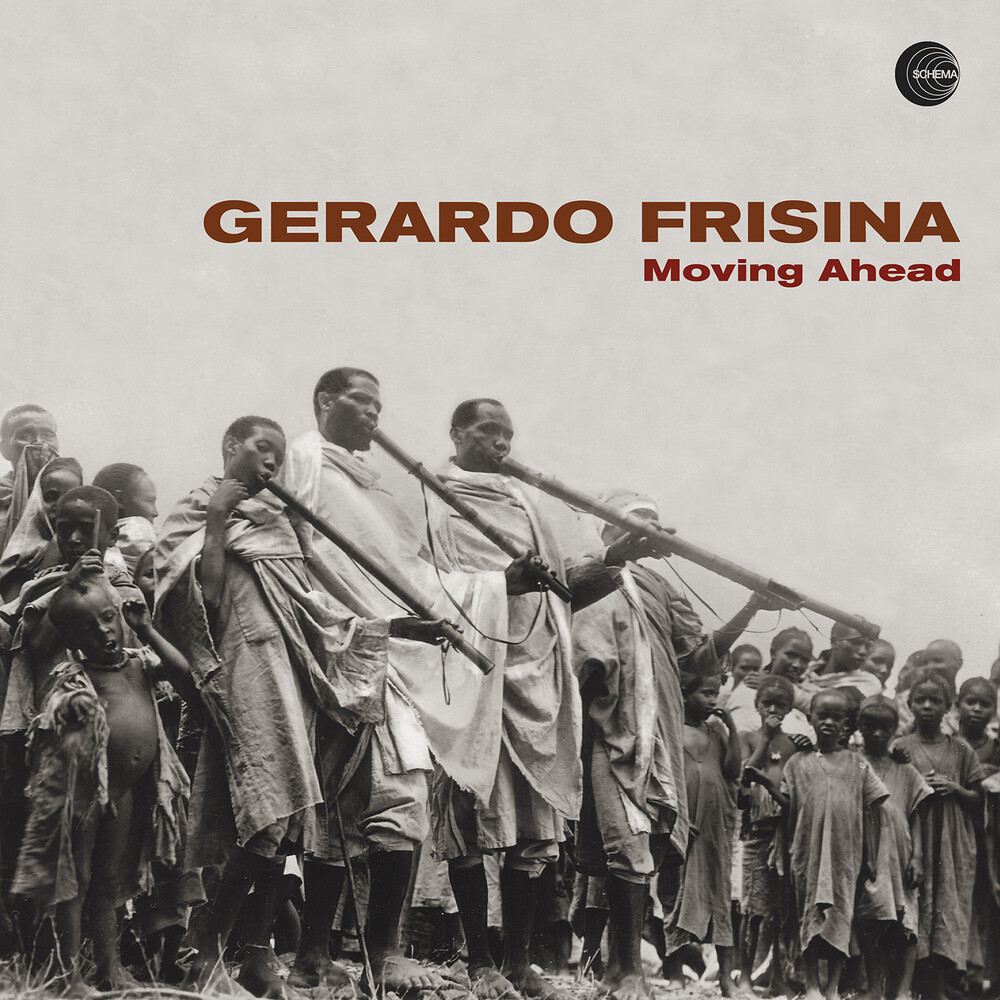 "Moving Ahead" is the long-awaited new work by Gerardo Frisina, a double album worth of new material that gathers together the various sounds that have characterized his entire production. The experience collected over this long period therefore strongly affects a multiform album whose stylistic components are easily identifiable (Latin jazz, nu-jazz, Afro-Cuban, dub, electronic music) but that transcends any possible classification as a whole. The musical evolution of "Moving Ahead" is centered on hypnotic and pushing rhythmic patterns, on which the various guest musicians express themselves with all their melodic and emotional intensity. In addition to the already known Gendrickson Mena (trumpet), Ernesto Lopez (drums and percussion), Alfonso Deidda (baritone sax, flute) and Fabrizio Bernasconi (piano, Fender Rhodes), a special mention must be credited to Haruna Kuyateh, a young Gambian whom Gerardo saw performing as a street artist by pure chance by walking around the town of Milan: thanks to his instrument, the kora, the album's sound spectrum is enriched with new sensations in the songs "Naihi", "Naihi's Son" and "Kerewan".From the "Marombo" EP, which anticipated this release, "Moving Ahead" also delivers a new version of it's title-track, with a slightly different rhythm and with the addition of the vibraphone. The CD version of this record also includes the second part of "Marombo" and the exclusive "Mwanga", a bonus track not present in the 2LP edition. In short, "Moving Ahead" is the mature continuation of a 20-year long solo career, started in the early 2000s with "Ad Lib", that once again demonstrates how Gerardo's creativity still manifests itself today at very high levels.