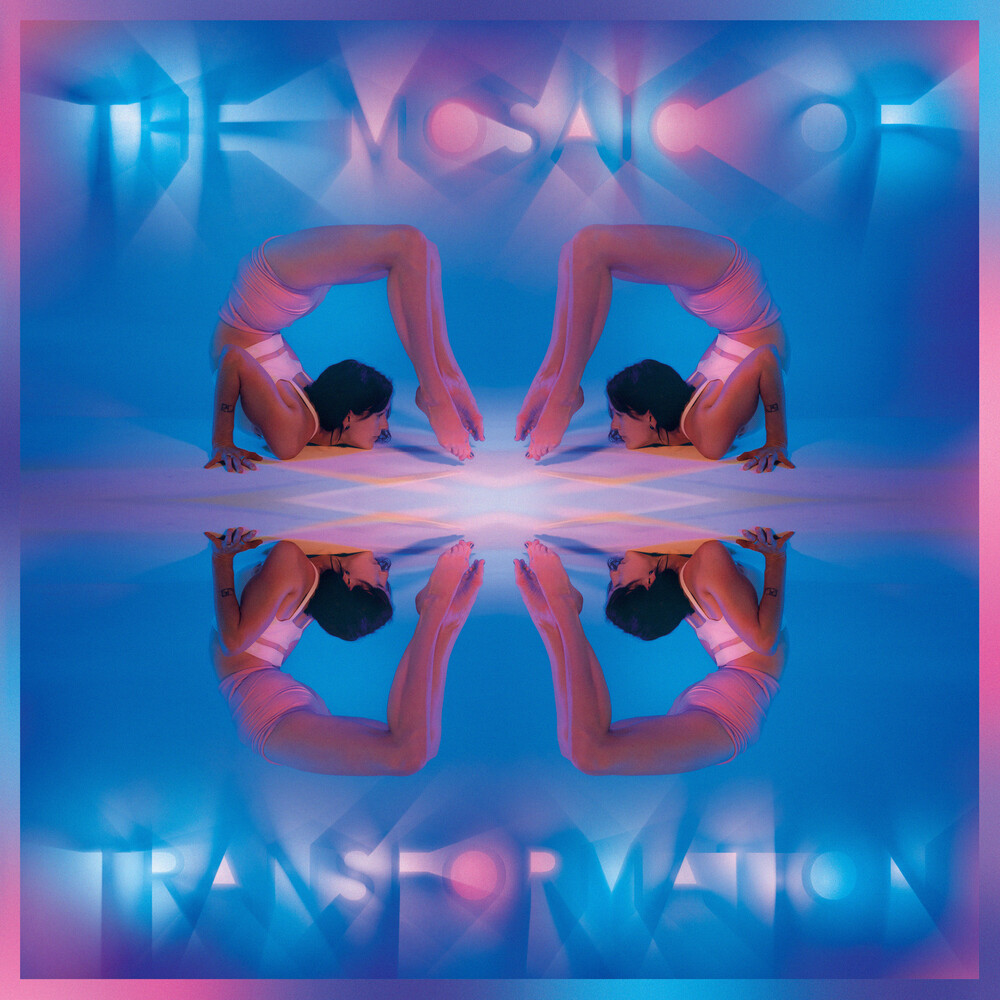 West coast composer, artist, and producer Kaitlyn Aurelia Smith has chartered a pioneering career with multiple critically-acclaimed albums since 2015. Following the release of The Kid in 2017, Smith focused her energy in several directions. She founded Touchtheplants, a multidisciplinary creative environment for projects including the first volumes in her instrumental Electronic Series and pocket-sized poetry books on the practice of listening within. She's continued to explore the endless possibilities of electronic instruments as well as the shapes, movements, and expressions found in the physical body's relationship to sound and color. It is this life-guiding interest that forms the foundational frequencies of her latest full-length, The Mosaic of Transformation, a bright, sensorial glide through unbound wave phenomena and the radiant power discovered within oneself. "I guess in one sentence, this album is my expression of love and appreciation for electricity," says Smith. While writing and recording, she embraced a daily practice of physical movement, passing electricity through her body and into motion, in ways reflecting her audio practice, which sends currents through modular synthesizers and into the air through speakers. Not a dancer by any traditional definition, she taught herself improvisatory movement realizing flexibility, strength, and unexpectedly, what Smith calls "a visual language" stemming from the human body and comprised of vibrational shapes. Understood as cymatics, as she says, "as a reference for how frequencies can be visualized," much like a mosaic. Smith describes her first encounters with this mosaic; "the inspiration came to me in a sudden bubble of joy. It was accompanied by a multitude of shapes that were moving seamlessly from one into the other... My movement practice has been a constant transformation piece by piece. I made this album in the same way. Every day I would transform what I did yesterday... into something else. This album has gone through about 12 different versions of itself." As it has arrived, in a completed state, The Mosaic of Transformation is a holistic manifestation of embodied motions. Smith's signature textural curiosity that fans have grown to adore pivots naturally into a proprioceptive study of melody and timbre. Airy organ and voice interweave with burbling Buchla-spawned harmonic bubbles. "The Steady Heart" quivers to life, peppering blasts of wooden organ between winding vocal affirmations. As with a body, moving one portion requires a balance and counterbalance; here, subtle tonal twitchy signals fire in conjunction with coiling arias to create a mesmeric core. When the beat arrives at the midway mark, a swooping and jittery waltz, a sense of stasis in motion, a flow state, is sonically achieved. As soon as it syncs, it disappears back into the swirling ebbs of electric force. Other tracks stray into more ruminative physical realms. "Carrying Gravity" is built around string-like pads that expand and contract like a solar plexus, becoming taught and then loose. As the breath interacts and is focused upon, suddenly, the nervous system engages, delicate arpeggios cascade, akin to becoming aware of the transmission of energy happening between muscles and the mind. If the record could be summarized in a single movement, it is the 10-minute closing suite, a rapturous collage called "Expanding Electricity." Symphonic phrases establish the piece before washes of glittering electric peals and synthesized vibraphone helix into focus. Soon, Smith's voice grounds it all with an intuitive vocal hook, harmonized and augmented by concentric spirals of harp-and-horn-like sounds. Smith's music doesn't capture a specific emotion as much as it captures the joys of possessing a body, and the ability to, with devotion and a steady open heart, maneuver that vessel in space by way of electricity to euphoric degrees.