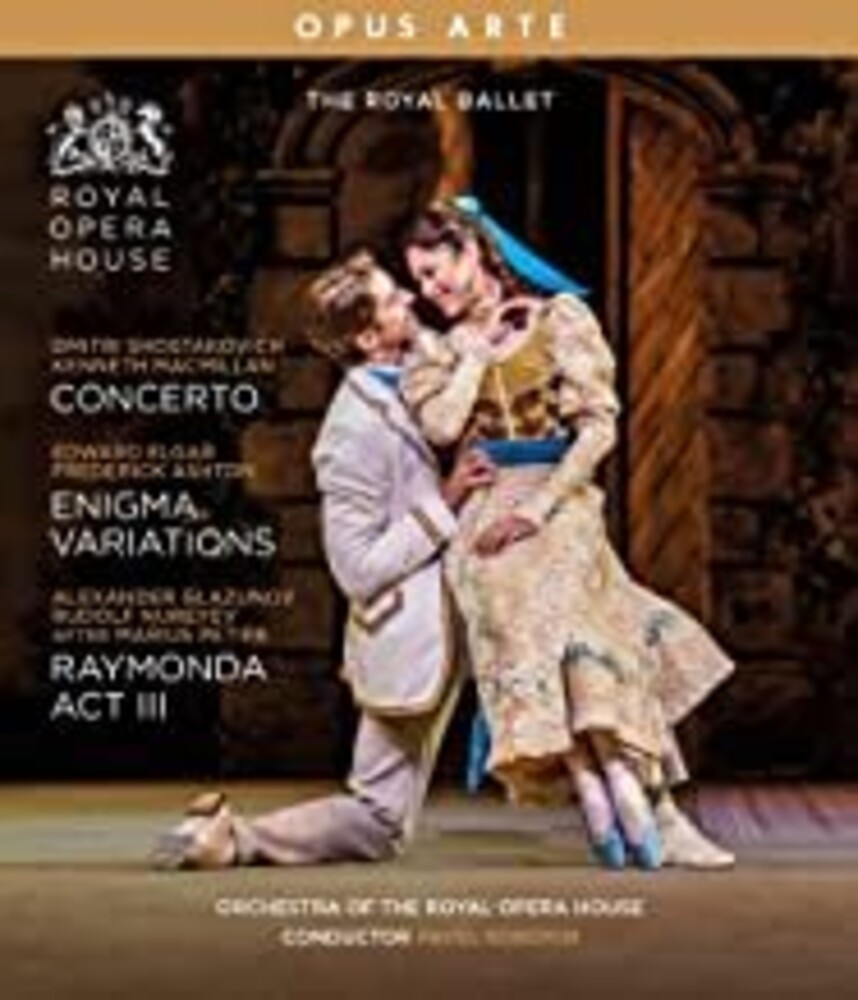 From The Royal Ballet's classical origins in the works of Petipa, to the home-grown choreographers who put British Ballet on the world stage, this mixed programme highlights the versatility of the Company. Petipa's Raymonda Act III is Russian classical ballet summarized in one act, full of sparkle and precise technique, while Ashton's Enigma Variations is quintessentially British in every way - from it's score by Elgar and period designs by Julia Trevelyan Oman, to Ashton's signature style, the essence of British ballet. Concerto, MacMillan's fusion of classical technique with a contemporary mind, completes a programme that shows the breadth of the Company's heritage. "The Royal Ballet is at the top of it's game in a new triple bill of MacMillan, Ashton, and a pinch of Petipa..." (The Guardian) "O'Sullivan dances with a sunbeam brightness and zest to match her tangerine-colored costume... The 'Nimrod' variation is a memorable evocation of mature friendship; catching at the shifting currents of conversation and companionship with a finespun physicality... Princely Vadim Muntagirov follows suit with pantherine leaps and there's strong support from the soloists and fluffy-hatted corps."
back to top