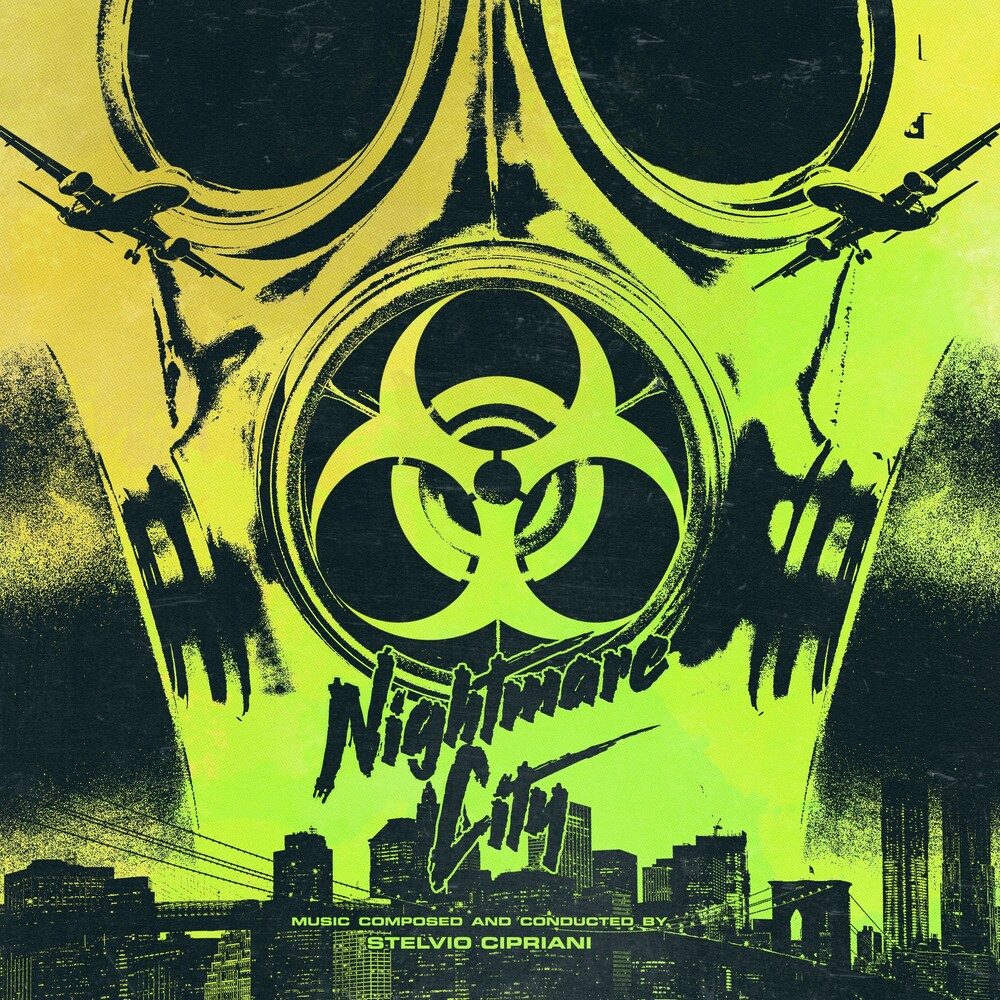 Death Waltz Recording Company & Mondo are proud to present the mind-melting score to Umberto Lenzi's 1980 contaminated zombie film, Incubo Sulla Citta Contaminata (a.k.a. Nightmare City)! Composed and conducted by Stelvio Cipriani, the record you are holding in your hands is another stellar work by the late Italian maestro. Pursued by the most ambitious, well-armed, and over/radioactive mutant zombies on film, the film's protagonist, American news reporter Dean Miller (portrayed by Mexploitation star Hugo Stiglitz), makes it his mission to alert the public about the impending doom, but the powers that be are preventing him from doing so. Utilizing driving baselines, drums, percussion, and topped with a layer of intense keys, Cipriani delivers the perfect score to complement the mayhem unfolding on screen. Will our hero save humanity? Well, with maestro Cipriani at the helm, it doesn't matter - the soundtrack sounds quite radiating.