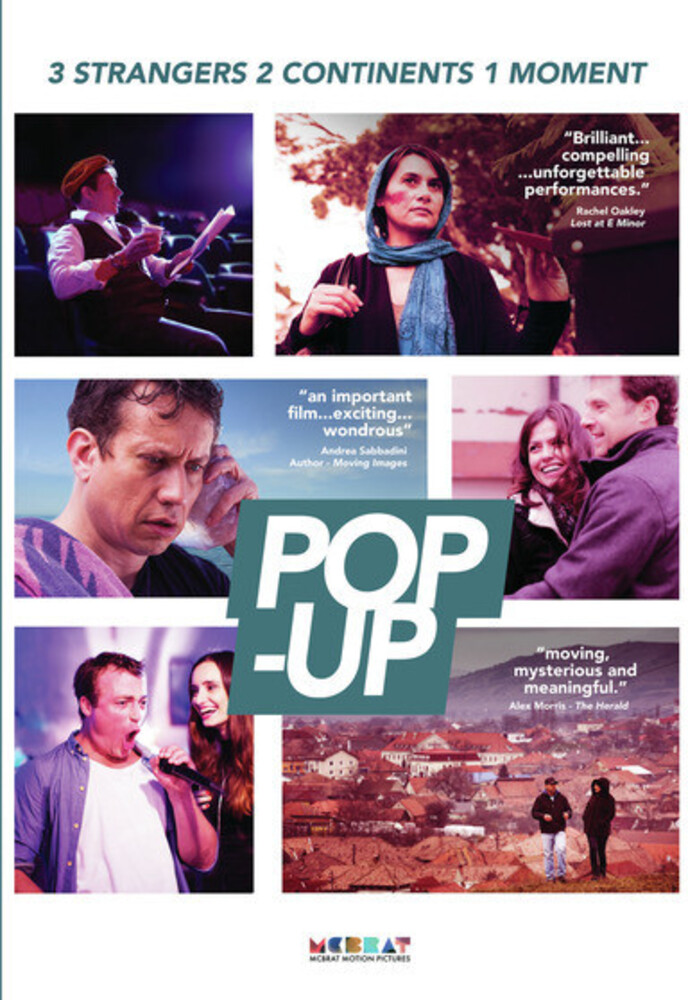 Pop-Up is a feature-length drama written and directed by Stuart McBratney. It was filmed in Newcastle, Australia, and Transylvania, Romania, and features interweaving stories of three strangers affected by one event. An unemployed father finds a camera containing a single photo of a woman's face. Smitten, he tracks her down. A Romanian immigrant attempts to overcome her heartbreak by giving away home-made pop-up cards. And a sleep-deprived theatre director seeks deadly revenge on a scathing critic. Pop-Up is an international odyssey, an unpredictable adventure, and a cinematic experience you won't forget. And you'll never see a toothbrush again the same way.
back to top