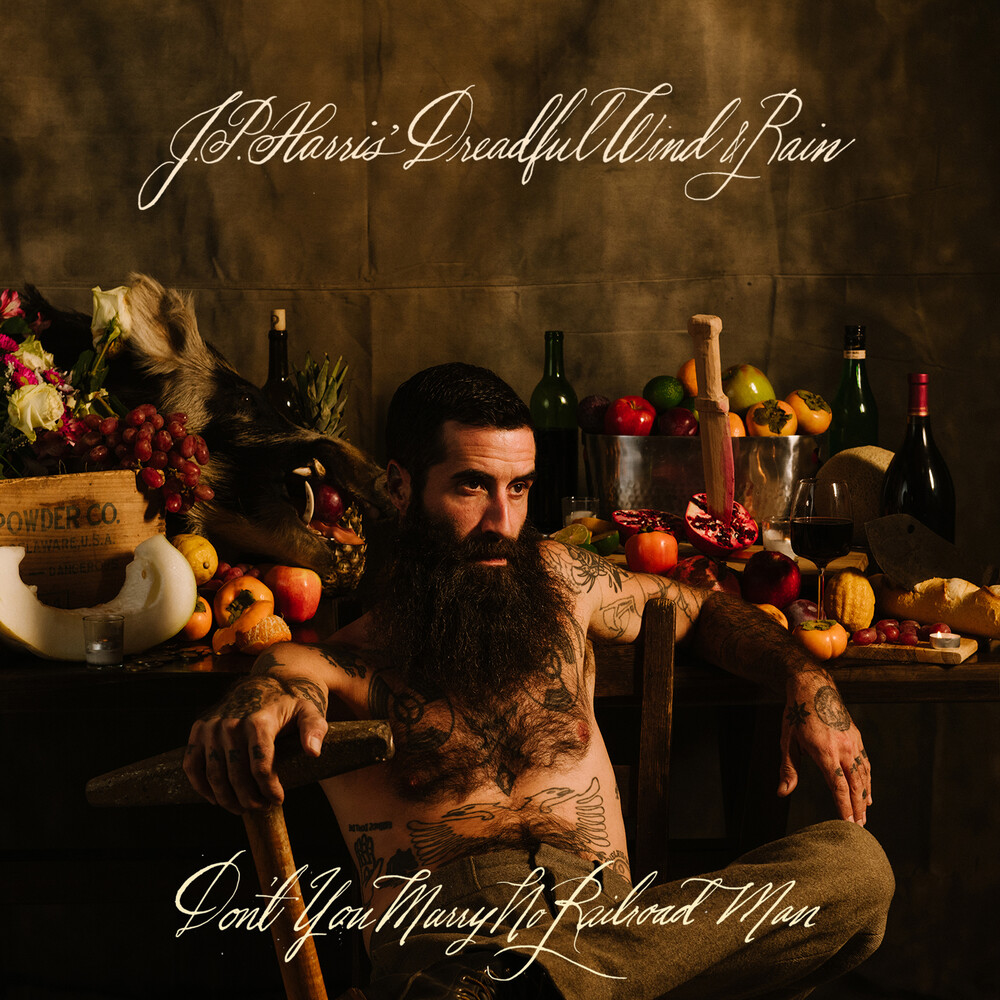 JP Harris has a secret: his name is actually "Squash." Long before Harris became a well regarded honky-tonker, he used his childhood nickname while playing archaic "old-time" American tunes at underground fiddlers' gatherings, engrossed in this punkish folk music world. Don't You Marry No Railroad Man, his debut recording of traditional music under the moniker JP Harris' Dreadful Wind and Rain, features ten tracks spanning the breadth of American old-time repertoire. Harris wades between ancient ballads that traveled from the British Isles to Appalachia like "Barbry Ellen," to droning banjo ditties such as Hobart Smith's entrancing "Last Chance," here played on one of Harris' coveted homemade banjos. Harris also works as a serious carpenter which adds a unique authenticity to his versions of the classic "House Carpenter" and lesser known "The Little Carpenter." Alongside Harris' haunting vocals, the album prominently features the low-tuned fiddle and harmony singing of his longtime friend and Old Crow Medicine Show member Chance McCoy, who produced the record at his West Virginia studio in an old barn. On this sparse and arresting recording, Harris isn't mining his roots as a marketing pitch, he has the chops to back it up. In fact, this collection of songs made him who he is today. Welcome home "Squash."
back to top